The Archers: a national institution

Emma Simon September 28, 2016 Arts Comments Off on The Archers: a national institution

Part of me likes to believes that I’m too young to listen to The Archers, Radio 4’s ‘ordinary tale of countryfolk’. But let’s face it, I’m in my mid-40s, live in a city and have never made jam. I’m probably the BBC’s target market for the show.

I’m sure spreadsheets exist that pinpoint urban-dwellers like myself who have vague hankerings for a simpler rural existence, be it neighbours you can pop in on, homegrown vegetables or amateur dramatics.

There’s something soothing about the predictable way that stir-up Sunday, the flower and produce show and Emma Grundy bemoaning her lot in life filter their way into my unfarmhouse-like kitchen, a bit like the old Bisto ad.

Of course, I know this is largely nostalgic tosh. I grew up in a village in the Midlands but never saw any adult I knew act in panto — or take part in a single wicket cricket competition. An elderly neighbour did make a blancmange in the shape of a rabbit when my Grandma died – but it was pretty much inedible. This is maybe closer to the reality of village life.

Still, this soft-soap isn’t the only reason I tune in from 7.02 to 7.15pm six days a week. There is also the drama. And The Archers has had more than its fair share of this of late.

In recent months it has made headlines following a disturbing storyline about domestic abuse. For two-and-a-half years, listeners have heard Rob Titchener bully, control and then rape his wife Helen (née Archer) – who eventually stabbed him.

Helen was put on trial for attempted murder. Those who don’t listen to the programme may have been taken somewhat aback to see the ‘not guilty’ verdict reported on the 10 o’clock news that night. You might (like my husband, a non-listener) scoff that this was hardly ‘real’ news. What next, an item on the Today programme about Polish farmworkers in Ambridge? A Newsnight exposé of Lillian Bellamy’s ‘gentleman’s buttonhole’?

But I think the amount of coverage this ‘trial’ generated shows the power of soap operas to get under the skin of their audience. More importantly, given the size of this audience, it shows how successfully they can campaign on serious social issues. 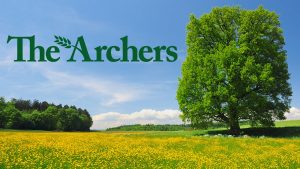 Pointing out that coercive control is not only morally wrong but now illegal is important. Helping us to understand how it happens and making us care about the consequences are far more effective in changing attitudes. Fewer people will now ask ‘why don’t these women just leave’ after listening to the comprehensive way Rob isolated and demeaned Helen, took away her financial independence and caused her to question her own sanity. This is known as ‘gaslighting’ – a concept I was unfamiliar with before.

But these high octane storylines wouldn’t be half as potent without the day-to-day details that make up the lion’s share of each episode. The Archers – unlike many of the glossier or grittier TV soaps – is a master of the slow-burn.

Most characters have been in the show for decades and storylines are often given years to develop. By the time they reach crisis point we’re hooked.

Radio remains the perfect medium to allow us to eavesdrop on the lives of others. You have to make time to watch Eastenders or Coronation Street, and stop doing other things. The Archers can bubble away in the background while you drive home, peel spuds, wash-up or just hover in the kitchen pretending to do something useful so you can listen in peace.

To be honest, I think there is a degree of schadenfreude involved in following any soap. While we were all rooting for Helen, the truth is we can’t wait to see what’s going to happen to some of the least likeable characters to populate Ambridge. Rob is obviously top of my list, but Shula, Toby Fairbrother and Peggy (sorry) also feature quite highly. I realise this makes me sound like a not a very nice person, but it’s ok, they’re not real!

What is real though is the amount of money raised for Refuge by Archers’ listeners to help women trapped in similar situations to the fictional Helen. This Just Giving appeal – started on Twitter by Paul Trueman – has raised almost £170,000 in just over six months. If you’d like to help them to top this amount, please contribute here.

Of course, dramatic storylines like this are rocket fuel for soap operas; they get people talking about the programme and help them to attract new listeners. The question is whether the new fans stick around when the focus shifts from courtroom drama to the new grazing system for the Brookfield dairy herd.

I’d argue, though, that for new listeners the biggest hurdle isn’t the surfeit of agricultural information, it’s the frequently lame attempts to attempt a humorous sub-plot, particularly if it involves Kenton, Bert Fry or ferrets.

You just have to grit your teeth and remember it’s only 15 minutes a night. Besides, it won’t be long before a more engrossing storyline comes along. In recent years we’ve had affairs, floods, near-fatal poisonings, blackmail, more affairs, family feuds, an escaped bull, and yet more affairs into keep us all entertained.

Wendy Cope, one of the UK’s best known poets, once wrote: “I like The Archers only when it’s got/ Adulterous behaviour in the plot.” I’d argue that to fully appreciate them fully, you also need the episodes where the most significant thing that happens is Susan discussing organic sausage orders for the community shop. Life, like The Archers, if often like that.