Oh, What a Night: Nashville’s Bluebird comes to Bluecoat

When Liverpool-born Emma Foxall lived in Nashville for five years, signed as an artist but, like many of the great and good before her, compelled to keep body and soul together with another job, she worked as a waitress at the famous Bluebird Café.

There she fell in love with the uniquely intimate experience of their renowned songwriter-in-the-round shows from which so many big stars have emerged, including Kathy Mattea, Vince Gill, Faith Hill, Kenny Chesney, Trisha Yearwood, Garth Brooks and Taylor Swift. She promised herself that one day, after she was back home, she’d do her best to replicate that for a local audience. Not just the format – four songwriters seated in the centre of the room, taking turns playing their songs and accompanying each other instrumentally and with harmony vocals – but the whole experience.

Hence the fantastic The Bluebird at The Bluecoat event, where Foxall managed to bring to a Grade I listed, 300-year-old building in the heart of Liverpool’s city centre not only some great songwriters, including Jim Lauderdale, Beth Nielsen Chapman, Kim Richey, Don Henry and Andrea Davidson, but the neon sign, pictures, ambience, fairy lights and, for all I know, the actual tablecloths from the Nashville institution. And that’s to say nothing of The Bluebird general manager Erika Wollam, our own Bob Harris, long a chronicler of the Nashville scene on the BBC, some terrific home-grown songwriters like Kirsty McGee and Karen Turley, and a slightly awestruck audience, who could easily have stayed there all night long.

“I’d always wanted to bring all the great things about Nashville over because there are so many things about Nashville that are unique that I thought people would love over here,” says Foxall. “I just thought there were so many similarities between the two cities. Both are music cities known worldwide and in terms of people moving there to pursue musical careers, both historically and right now, have a prominence that very, very few places have.

“They’re both open, down to earth, friendly and hospitable cities. Nashville and Liverpool are places where you can barely walk down the street with bumping into a musician but also places where people who do have a profile can live and not be hounded. I consider the two cities to be my hometown, each own a part of my soul.”

Of course, since Foxall (physically at least) left Nashville, The Bluebird has become a happening place for tourists to visit, based on its prominence in the popular Nashville TV series (incidentally, filmed on a spookily accurate reconstruction, rather than in the actual building).

So it was with some trepidation that Foxall initially approached Erika Wollam with her idea for this lovingly-curated event.

“Erika wasn’t there when I worked there but through various contacts I got put in touch with her. She’s maybe had a lot of people getting in touch with her and wanting to do things since the show Nashville but I think it made her feel good that I’d lived there and knew what The Bluebird was about. I was doing it for the right reasons, to share what’s brilliant about The Bluebird and connect the whole song-writing significance of these two cities.

“The Bluebird is precious and The Bluebird is a family and I think of myself as a part of that family. So I think for her it felt a lot more comfortable to have someone doing this who’d actually wiped tables and served drinks, and told people to ‘shhh’ there!”

Even that evocative name, The Bluebird at The Bluecoat, was not merely serendipitous, as I had the temerity to suggest.

“I’ve orchestrated it to be what it is,” Foxall corrects me. “I like events and projects of mine to have a ring to them, to be beautifully packaged into something that just makes sense and is cool, right down to the name.”

Another important part of her approach was to celebrate and encourage song-writing. 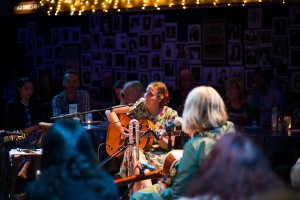 “This project is about talent development, as well as sharing The Bluebird experience with English audiences. So we had a call-out – I hate the word competition – to find someone who would really benefit from going over there and having the Nashville experience, because I know what it did for me as a writer. I wanted to hear the song, to be clear that this was not a project about the next perfect-looking pop star. It’s not about production values, how old you are or what you look like, it’s about your writing.

“It is a business and they’ve got a product to sell,” she acknowledges. “But there are areas of the music industry where it is a bit age-ist. Where songs come from is from people who’ve learned a craft, have lived and had experiences. That’s really celebrated in Nashville, so I wanted that to be part of the selection process and part of the ethos behind the scheme.”

Which brings us to the first part of the actual evening, or Early Show, in Bluebird parlance, where Manchester resident Kirsty McGee and Irish-born/Liverpool-raised Karen Turley, the two call-out respondents who got to go and have the Nashville experience, shared the floor with Kim Richey and Don Henry, both esteemed names on the Nashville circuit.

Bluebird Café veteran Don Henry kicked off proceedings. A man who has written songs for the likes of Conway Twitty, Don boasts a likeable, self-deprecating delivery that nearly, but not quite, deflects attention from the sophistication and wit of his writing. 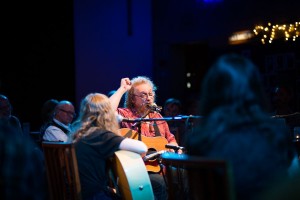 Full disclosure, I’ve known Kirsty McGee for quite a while but, even so, I was very pleasantly surprised by the maturity and clarity of her jazzy and adventurous performance. It not only boasted some excellent and memorable songs (including Sandman, which found its way onto the soundtrack of Danny Boyle’s Trance, and a lovely new song called Little Stars) but also found her playing the musical saw and the bass-flute, both to fairly stunning effect.

Kim Richey, having toured this country extensively and with a number of terrific albums under her wing, might have been the most familiar name to an English audience on this part of the show. Like Don Henry, though, she could not have been more gracious to the new-ish kids on this particular block, while showcasing a set of songs that confirmed her status as one of Nashville’s lesser-sung greats.

Karen Turley had her family sitting close by and they must have been proud of a relatively straightforward but thoroughly accomplished set that boasted at least a couple of classics in waiting.

The real magic, though, came when they started to spontaneously collaborate as the two-hour set unfolded, making their choice of closing song even more appropriate and evocative. Written together in Nashville by Turley, McGee and Henry, it was a celebration of that city and the very act of writing songs that left few dry eyes in the house. 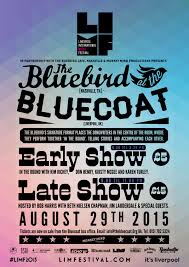 A part of The Bluebird ethos involves performers telling stories about their songs. For the Late Show portion of the evening, Bob Harris was charged with hosting and teasing tales from such jaw-droppingly talented performers as Beth Nielsen Chapman, Jim Lauderdale and Andrea Davidson, as well as guests such as Siobhan Kennedy-Maher (once of River City People). Truth be told, Harris knows his stuff and is a splendid fellow but I would rather have heard a few more songs from them all, especially given the relative early running of homebound trains.

But the whole event was an undisputable triumph – a fantastic idea executed with flair and care. The music flowed until nearly midnight and a fabulous time was clearly had by all.

Might it all happen again? I would be very surprised if not, given the success of this toe-in-the-water evening. Foxall, despite being obviously elated, remained cagey.

“It’s definitely not a one-off,” she says. “But something I want to develop into a longer-term thing with Liverpool. Also Erika and I are talking about taking it further afield. There are a lot of options now but it will grow and it will travel and it will spread.” 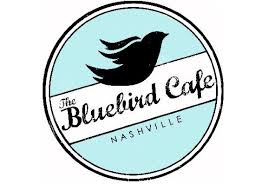