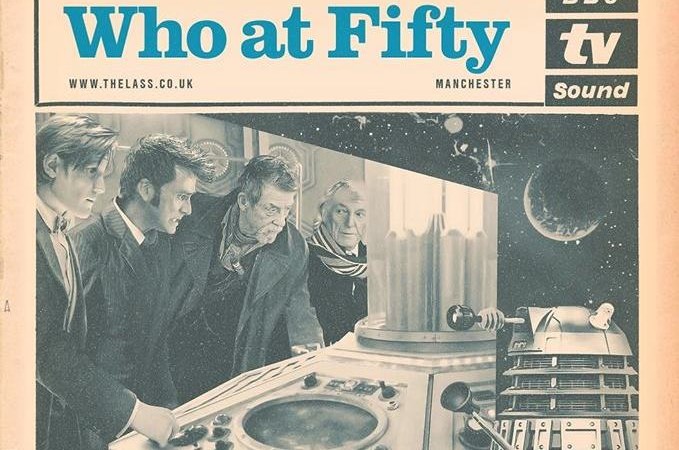 “I’ve had this festival pencilled in for around two years now,” says Gareth Kavanagh, promoter, theatre producer, co-founder of the Manchester Fringe Festival and, first and foremost, Doctor Who fanatic. For several years now, his pub – legendary Manchester boozer the Lass O’Gowrie – has been a haven for fringe theatre, run by Kavanagh and his manager Lisa Connor. The tiny upstairs room (named the Salmon Room by Kavanagh in honour of Doctor Who comic artist Adrian Salmon, whose original artwork adorns the pub) has played host to dozens of plays over the years – everything from new writing to fringe productions of established plays such as Harvey, The Weir and The Blue Room.

“The straight theatre side is more Lisa,” says Kavanagh, “though we’ve overlapped on projects like vintage Coronation Street Live and The Best” – a film script by the late, great Jack Rosenthal that saw Rosenthal’s widow, Maureen Lipman, sit in on rehearsals – “my real domain is what I like to call ‘geek friendly’ programming. Stuff like stage adaptations of classic comic books – Alan Moore’s Halo Hones and V For Vendetta to name but two. On top of that, the pub has had regular, well-attended screenings of Doctor Who and Game of Thrones, so it felt entirely natural to be celebrating Doctor Who as a fringe festival in a host of pubs and bars.”

Kavanagh has been a fan of Doctor Who ever since he can remember.

“I can remember watching Tom Baker as the Doctor in The Deadly Assassin which was a 1976 story famed for its violence and a surreal episode set in a virtual reality environment called the Matrix that predates Keanu by nearly 25 years.”

Growing up, settling down, moving through a varied and successful business career, Doctor Who has remained the one constant in Kavanagh’s life. Of course, since its revival by Russell T Davis in 2005, it’s become one of the most popular British shows in the world. But, following its ignoble demise and cancellation in 1989 (no-one seems to count the appalling 1996 TV movie starring Paul McGann), keeping the torch of fandom alive has been tricky.

“It was tough,” admits Kavanagh, “and the numbers of people at conventions gradually dwindled down to just the hardcore faithful. This period has been variously described as the wilderness years but I prefer to think of it as the longest period of pre-production in TV history. The show needed to rest and be retooled and through the medium of the audios, comics and books we began to see what a modern version of the show might look like. It’s no coincidence that Russell T Davies was a huge fan of all the novels and audios that sprang up after the show was cancelled and you can feel that distinctive voice in his glorious resurrection of the show. That said, I distinctly remembering deciding sometime around 2003 that it was never coming back and feeling oddly OK about it. It was as if a huge burden had been lifted and I was free again to indulge in other things. Then they announced it was coming back.”

As a self-confessed worshipper of Fourth Doctor, Tom Baker, Kavanagh has mixed feelings about the modern series.

“My relationship with the show has definitely evolved,” is how he tactfully puts it. “I loved what Russell brought to the party making it real, tangible and populated by well-rounded characters. Those first 13 episodes are as perfect Doctor Who as we have ever been offered. But I’d be lying if I said I enjoy it was much under Steven Moffat. Although there are occasional flashes of brilliance – like The Doctor’s Wife episode – the tone is, more often than not, horribly smug and the plots seem more than a little influenced by Bill And Ted’s Excellent Adventure.” He laughs. “Ha! Keanu Reeves again. Maybe he’ll be the Doctor if they ever do the American remake.”

But, whatever he feels about its 21st Century incarnation, he’s definitely happy that the Time Lord’s 50th birthday is getting such a high profile celebration.

“It’s surreal, when you stop to think about it,” he says. “When just a few years ago it was this niche, old-fashioned sci-fi show that had died on its arse. All things considered – it’s great they brought it back.” 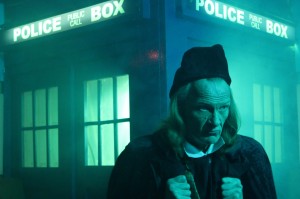 As well as The Lass, festival events are also taking place at Taurus on Canal Street and, that sanctuary to all things geek, FAB Café. Kavanagh and his compadres have put together an impressive month of plays, Q&A sessions, screenings and stand-up comedy – all Doctor Who-themed.

“It’s hard to say what I’m most excited about,” enthuses Kavanagh, “It’s a heady brew of comedy, drama, screenings and personal appearances. I’m personally looking forward to the live performances of An Unearthly Child with original series director, Waris Hussein, who’ll be giving a Q&A on the 17th, in the audience! Phil Dennison, who’s playing the First Doctor, is so good – he was born to play the role. I’m also aching to see how 50 Years in 50 Rels translates to the stage and just to hear some of those lines spoken. And finally, an evening with Phil Collinson, looking at the links between Corrie and Doctor Who, promises to be incredibly bonkers.”

An impressive roster, indeed, and one backed up with a series of incredible posters.

“That’s the genius work of Colin Brockhurst, my long term collaborator on Vworp Vworp – a Doctor Who comics ‘zine. You can check out Colin’s extraordinary portfolio at www.colinbrockhurst.com and he’s always available for commissions!”

Sadly, Kavanagh informs us that this festival will be his last last hurrah – the pub is shutting after Christmas 2013 for refurbishment and he is moving on to pastures new. The end of an era.

“Yes,” Kavanagh agrees. “It’s been a great few years and, through theatre, we’ve kept the pub open” – and won a Best Pub Award 2012 – “but Who at Fifty is my final piece for the foreseeable future. And what a moment to step off this crazy conveyor belt, it’s been brilliant.”

Something tells us that, like his favourite Time Lord, Mr Kavanagh will return. 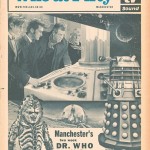 Tags: Doctor Who, Gareth Kavanagh, Lass O'Gowrie, Manchester, Who at 50