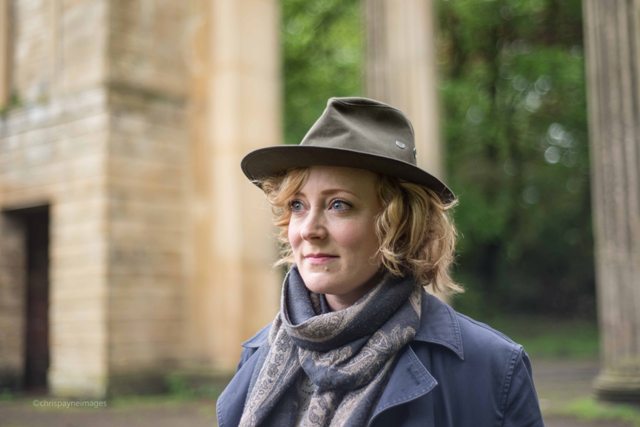 It’s an old trick in the publishing world to get a few high-profile pals of the author to say something pithy and nice about the book then plaster them somewhere prominent on the book jacket. Usually (and quite literally, for once), these words aren’t worth the paper they’re written on. However, Emma Jane Unsworth’s wickedly hilarious, delightfully decadent second novel Animals is the exception that proves the rule, with Glen (The Last Werewolf) Duncan commenting ‘casually high on insight, mercifully low on decorum, Animals is vital, funny, poignant and true. If you’re looking for talent, style and the deep wisdom of misbehaviour, read it’. Even more pithily and accurately, Caitlin Moran dubs it “Withnail with girls.”

Unsworth herself is particularly keen on that last one but still believes that the best review of the book came from her mum. Having eventually persuaded Unsworth to let her read it in galley form, she told her she actually liked this filthy, funny tale of hedonistic literary party girls, Laura and Tyler, who are still choosing drink and drugs over settling-down and suburbia when everyone thinks they’re a bit old for that sort of bad behaviour. But, protective as only mums can be, she still snatched it out of her hapless dad’s hands, telling him that this dark tale ‘wasn’t for him’.

“Inevitably, everyone asks if it’s autobiographical but, no, it’s definitely not –well, apart from the fact that I’m a huge Yeats fan, like Laura is in the book,” laughs Unsworth.

It’s already been getting enormously enthusiastic reviews and the film rights have been snapped up, of which more anon. But it shouldn’t have been her next book after her prize-winning debut Hungry, The Stars and Everything, she tells me.

“I’d actually done a second draft of a different novel entirely, convinced that would be my next book. It was about a boy from Rochdale, obsessed with an orphan. But my agent and various friends I showed it to had to admit they found it utterly bleak and depressing, although I cannot imagine why, can you?

“While I was pondering how to extract some sort of lively tale that people would endure over the course of a novel from this thing I’d written that was getting everyone one down, the idea came through of writing about these two women, stuck in the city in Manchester, still going out and partying at an age when they’re probably being told by everyone around them to calm down.

“I just wanted to write about a great comedy duo, two women drinking too much and living messily, in a way like the show Bottom but with a touch of Ab Fab, which I loved too. It was their conversations and dialogue, their wise-cracking exchanges that the heart of the story came from. Those exchanges came partly from imagining what their flat might look like, especially through a stinking hangover, but I also just started writing down all the hilarious things that my friends said. 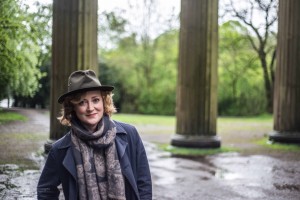 “In fact, I had to dedicate the book to my best friend Alison so that she didn’t sue me because I’d stolen so much of what she’d said over the years. I just started compiling all these things in the ‘Notes’ section of my phone while friends were round at my house and some of them probably thought I had narcolepsy because I was looking down all the time. I think I was actually being quite rude but before I knew it I had 16,000 words just of these notes and I thought ‘okay, there’s something here that’s really firing me up and that I can possibly take somewhere’.

“I thought I could use that Withnail And I set-up as a springboard, because no-one had done that starring girls. I thought ‘Okay, why can’t women be deadbeats in the way those blokes are allowed to be deadbeats, just bumming around, making jokes, being filthy and going nowhere with their lives?’ But at the same time having one of them going through some kind of existential crisis. That’s a good reason to be drunk all the time, of course, it staves off the existentialism…”

“Funny you should say that, because I did try to make the Marty character a little bit Uncle Monty-ish in that Tyler uses him to try to tempt Laura away and sabotage her relationship with Jim. She knows how Laura loves Yeats and how pretentious she is, so she’s likely to fall for an academic. Plus, she knows what a sleaze Marty is, so if she can just get enough drugs in the pair of them then something will probably happen that will ruin Laura’s marriage. Also, he’s the most buffoonish character in the book, although not entirely without charm, because Laura’s a pretentious drunk, not an idiot, and the temptation had to be credible.”

The new book is on the Canongate imprint but her first was released by Manchester independent Hidden Gem Press.

“It did okay, which really surprised us and I’m forever indebted to Sherry and Brian for putting it out there and helping it see the light of day. The Hidden Gem was literally run from their house and we only printed 1,000 the first time around. But we did work our butts off to get it into the hands of as many people as possible. We did loads of library events and loads of bookshop signings that nobody came to. You could sit there all day and then maybe someone would just ask you where the JK Rowling books were.”

Speaking of bookshops, what, I wondered, are her thoughts about Kindle and e-books? 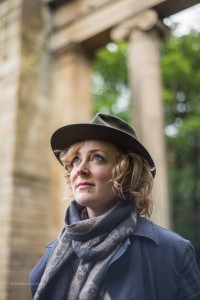 “I don’t see Kindle as a threat, it’s brilliant to be able to go abroad and take loads of books in this tiny device especially if you’re always paying excess when you travel, like I do. I also like the way you can see what other people have highlighted which makes it seem a more interactive reading experience. But, like you, I use it in a different way to the way I use proper, by which I mean paper, books, which I still buy because I like the way they look when they’re around and I prefer the reading experience, plus I like to be able to hand them on.

“What I think they should do is what they’ve finally done for music, where if you buy on vinyl you get a free download. Why don’t they do that with books, so you’ve got it forever but you can pass it on to your mate? There you are, we’ve solved the problems of the publishing industry over a couple of drinks.”

“By the time you finish a book you’re completely snow-blind so it’s good to just let it sit for a while. Stephen King advises leaving it in a drawer for as long as you possibly can. It’s like a crossword – put it to one side and let it think it’s won. Then go back to it and see all the excess you can just slice away, or the things that are just wrong about it. Animals took about a year and a half in total with two or three redrafts. It’s a much leaner book now than it was, there was a bit too much repetitive bad behavior. Two of the best bits of editing advice I got came from my agent Clare, who said ‘can there be just a few less poo stories in it, please?’ and my editor Francis at Canongate who said ‘can we have a bit more spanking’?”

It remains to be seen whether such useful advice will be incorporated into the film script of Animals which has been optioned by Sarah Brocklehurst, who made the BAFTA-nominated Black Pond a couple of years ago.

“That was a dark, absurd comedy, which I hope there’s lots of in Animals,” Unsworth points out. “We are just working out what the next step is but, as a control freak – and what novelist isn’t? – I’d like to write it. The story needs reshaping in order to fit into an hour and a half and I fancy having a bash. I also really like writing dialogue.”

Other future plans include a continuation of The Longest Night, a ghost story anthology that Unsworth was instrumental in creating last December.

“Jenn Ashworth, Tom Fletcher, Richard Hirst, Alison Moore and me all wrote a story in the tradition of MR James, with whatever twist we wanted to put on it, illustrated by the artist Beth Ward. We produced it all ourselves, just a few hundred copies at first, then we toured a live version of it around anywhere that would have us. It sold out so we broke even, the events went down well and we had loads of fun. So we’re going to do it again this year, in the tradition of another famous ghost story or horror writer. We’re asking another writer to come on board with us and we’re just going to grow it each year, printing more copies and doing more venues. We’re going to start putting it together and start planning the tour in September and publish in December.”

And that lost second novel might not be so lost after all.

“I’m thinking of transplanting it to Bangkok actually,” she reveals. “One of my friends moved over there last year and it’s such a great place. When I went wandering around on my own, I had that feeling about it of being at home and connected to the place in some bizarre way that I’ve only ever had about two other places in my life, Manchester and New York. It feels like a place people get to when they’re running away from something and that’s what one of the characters in my book is doing, while the girl he’s obsessed with isn’t although he feels she should be because of a tragedy in her past.

“So I could transpose these lost souls so they wash up in Bangkok rather than Rochdale – the neon might help it at least seem more cheerful.” 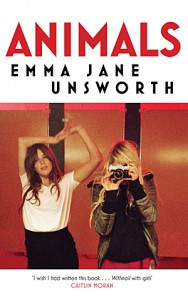 Animals is out now. For more information follow this link: http://www.canongate.tv/discover/tag/animals/