On August 11, 2007, Sophie Lancaster was beaten unconscious in Stubbylee Park, Bacup, and later died from her injuries in hospital. She was 20-years-old, had just passed her A-Levels and was working out what to do with her life. She was killed because she dressed differently.

Poet Simon Armitage was moved to write an elegy to Sophie, Black Roses: The Killing Of Sophie Lancaster, a 45-minute radio play comprising his own poetry spoken alongside the words of Sophie’s mother, Sylvia Lancaster. The original, award-winning production featured Rachel Austin as Sophie and Julie Hesmondhalgh as Sylvia. It was heart-breakingly effective, as was the subsequent theatre version also starring Austin and Hesmondhalgh. It was staged a couple of times at the Royal Exchange and toured nationally to great acclaim.

Now Black Roses has gone into its third incarnation, a TV version due to be transmitted on the BBC on Sunday October 11 at 10.30pm.

Austin and Hesmondhalgh reprise their roles and, when I watched a preview, it made me cry yet again. It is a remarkable piece of poetry and a great piece of television that will, no doubt, be showered with awards. But that’s less important to the team behind it than getting the production out there into the community, where it might really do some good, says Hesmondhalgh.

If Hayley Cropper in Coronation Street was the role that once defined her to millions, then Sylvia is surely becoming another defining role for her, I suggest.

“That’s true,” she agrees. “And when I think of everything I’ve done, those two parts are probably the ones that I’m proudest of. I suppose that’s because they went beyond just playing a part and did something, in a small, modest way, to change the world a little bit and had something to say about the world. So I do equate those roles together as being career defining ones for me in terms of what I want to do.”

Hesmondhalgh is now very close to Sylvia through her work with The Sophie Lancaster Foundation. So how difficult was it to revisit the part in this different medium, albeit one she’s very familiar with?

“It was different and I must admit I was a little bit worried about it,” she says. “Obviously when I knew they were making a film of it there were two things I thought. One was that I was incredibly pleased that it was going to be there forever and could be used by the foundation, that they could take it out into the world. Rachel and I knew we couldn’t carry on touring it forever, although we knew the need for it as a piece of theatre or a piece of art. We’ve done it twice at the Exchange, we’ve taken it on tour, we’ve taken it to London and we knew very well that there was a demand for it. 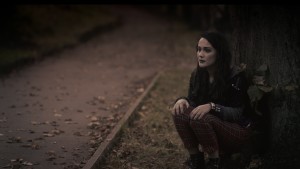 “But we were starting to think ‘God, it’s going to get to a point where Rachel’s having to play Sylvia because we’ve been doing it for so many years.’

“So it was brilliant that it was going to be captured forever then we could let it go and send it off into the world. But I was worried because my part in the theatre piece had been, necessarily, so connected to the audience. It was Sylvia’s own words and she was clearly having a conversation with someone. That was the audience really, and I was worried that that wouldn’t translate when I was talking down the lens.

“But people who saw the theatre piece do feel like the film has done it justice and achieves the same thing. Actually, the real extreme contrast between the very, very intimate space with Sylvia talking in the film and then being out in the wide-open beautiful Lancashire countryside as Sophie makes her way home works really well and expands what the theatre piece was trying to do.

Hesmondhalgh adds: “In terms of what I did, it was just what I did in the theatre really. It was just one day’s filming and it was quite something to be doing it all day long. I couldn’t have just turned up on the set and done it. It was having done it on stage for months and months and months that made me able to just have a conversation with the camera.

“But I wouldn’t revisit it on stage now. I don’t think there’s any need to as the film does the trick. When we did it on tour and took it to schools and community centres, that was a really, really incredible job to do because you could see the effect of it face to face and I wouldn’t have missed that for the world.” 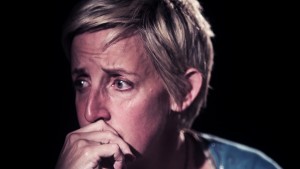 Hesmondhalgh, whose partner is the writer Ian Kershaw, remembers the first performance of Black Roses outside of the theatre.

“It was a school in Ashton where the kids sat in absolute silence,” she recalls in delighted astonishment. “Me and Rachel were saying ‘they must have handpicked the best kids’. But actually what they’d done was chosen kids they knew would be affected directly by the piece, either those who’d been the victims of bullying or the perpetrators of it. They were all kids who were having a difficult time at school from either side of it and they just stayed stock-still in absolute silence throughout the whole thing.

“Then we did two shows at a little community centre in West Cumbria where the room was so tiny we couldn’t even put lights up and had to do it under neons. I vividly remember seeing these absolutely lovely people from this estate sitting there, really open-hearted and, thinking as I started ‘they clearly don’t know the story’. Then seeing the change in them as it unfolded was just something else.”

She concludes: “So I know the power of it first hand, I’ve seen it with my own eyes and felt it in the room and in spaces that aren’t for theatregoers or people who are necessarily sympathetic to the story. So I’m just really glad that it can reach a wider audience and get out into the world, that’s my hope for it, that the foundation can now use it and do their incredible educational workshops around the film. The two things together of hearing Sylvia speak in person about her own experiences and what she’s done as a result of Sophie’s death and seeing the film I think will be a really powerful tool in creating change.”

Black Roses: The Killing Of Sophie Lancaster will be on BBC Four on October 11, at 10.30pm