The Lawrence Batley Theatre: we go behind the scenes of a Huddersfield institution

Emma Yates-Badley March 24, 2017 Arts, It's Not Grim Up North, Northern Soul writes..., Theatre Comments Off on The Lawrence Batley Theatre: we go behind the scenes of a Huddersfield institution 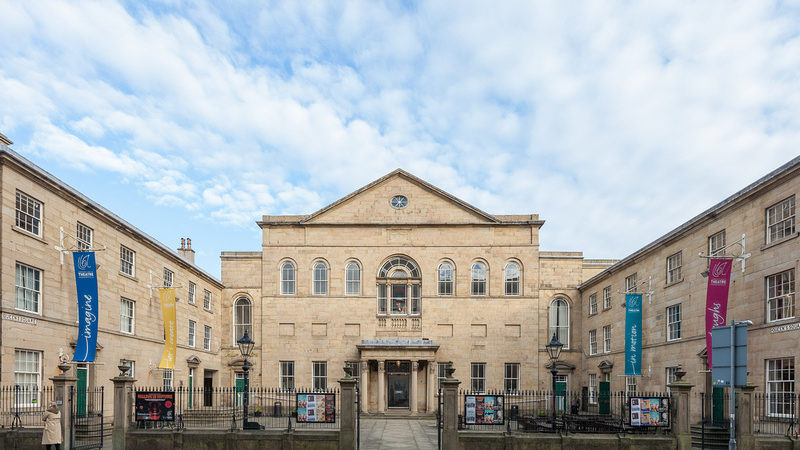 It’s snowing as I alight at Huddersfield train station. It’s the kind of snow that falls in fine sheets, more slush than fluffy snowflake, but as I reach the entrance to the Lawrence Batley Theatre my arctic trip from Stockport becomes worth it.

The theatre is a Grade II listed building, yellow-brick and stately, like something out of an Austen novel. Named after Lawrence Batley, a local entrepreneur and philanthropist, the building was originally built in 1819 as a Methodist chapel, then became a mission in 1906 until a decline in numbers saw the congregation move out in 1970. It’s also been a restaurant, an arts centre, even a club. In 1989 the Kirklees Theatre Trust was given the go-ahead and the Lawrence Batley Theatre (LBT) was born.

As we wind our way down a set of stairs, kept locked by the kind of metal shutters you see in old hotels, you can feel the building’s many past lives. I imagine the religiously devout carrying out their duties in the vestibule, and club revellers descending the steps on drunken legs, searching for the loos.

“The road was closed off and the graveyard excavated overnight,” says LBT director Victoria Firth as she takes me round, explaining the rich history as we move through rooms, switching on lights and having a good nosey. It was carried out as a precaution, she explains, in case bodies still harboured the plague. 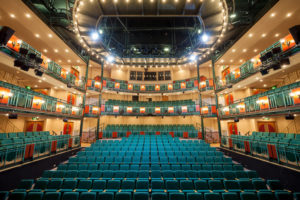 Far from giving me the creeps, this story has me intrigued. I much prefer my theatres old, preferably retro-looking, and with a tale attached. I’d pick plush seats and wood panelling over more modern spaces. Firth firmly agrees. As she shows me into the main theatre, we head up on stage to peek behind the curtain. I’ve not tread the boards since an ill-advised Year 9 production of Annie (I was a down-and-out, naturally), and it feels a little weird, like the room is simultaneously intimate and expansive.

“We’ve had to panel off the back as the original windows are still featured,” Firth says, and I take a quick gander round the back and out onto the courtyard. These original fixtures add to the building’s appeal.

It’s a beautiful space, with green padded seats and matching railings. Firth explains how the stalls can me moved, altered to accommodate the theatre’s wide-range of shows, and I’m surprised by some of the more daring acts on the programme.

Super Sunday, from Race Horse Company, is a Finnish circus troupe who boast stomach-churning thrills. Looking around, it seems almost impossible to transform the traditional stage into a derelict funfair, catapulting performers on trampolines and teeterboards, but that’s the brilliant thing about LBT; it’s like Tetris, ever-shifting.

Firth is an advocate for challenging, engaging pieces of work. Fresh from a trip to Edinburgh Festival in 2016, she commissioned Liz Rothschild’s ‘taboo-busting’ Outside the Box – A Live Show about Death which ran at the beginning of March. “At first I thought it might be quite morbid. But it is actually quite a moving and beautiful piece.” 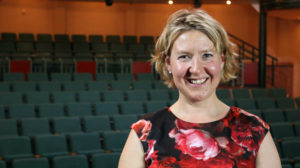 The juxtaposition of historical building and exciting, modern production works well. Just thinking about a circus act or dance troupe occupying the same space as a former chapel is fascinating.

There is a firm emphasis on community productions. This sense of municipal space was evident as I was waiting in the box office, with members of the public popping in to book tickets and ringing to enquire after upcoming shows. When not in use, the smaller areas are given to local artists as rehearsal or work space, and even the reception areas are used as a gallery. Some work is from the area, Firth tells me, showing me a few paintings on one of the walls. But they also exhibit work from further afield.

In addition, the LBT promotes children’s theatre, something which Firth mentions as we take our tour of the building. Not only is there a programme of events aimed at fledgling theatre-goers, but there’s the Young Company, hosting stage door and studio classes where youngsters are encouraged to explore creativity and have fun. 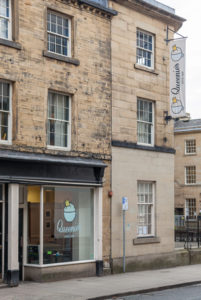 So, what’s in store for the LBT over the coming months?

Well, there’s the circus which sounds like a real treat, and an ensemble production of Gaudette, adapted from the work of Ted Hughes by Obra Theatre Company, featuring ‘dynamic choreography and live junkyard percussion’. There’s also a Pay What You Decide scheme, including a spoken word night at Queenie’s, the on-site café, and Joan, a fabulous ‘anarchic’ cabaret which re-imagines the story of Joan of Arc (with a twist).

After the tour, I sit and chat to Firth in her office and, as she reels off a list of upcoming productions, one thing is for sure: it’s an exciting, challenging line-up, one which the theatre is, quite rightly, extremely passionate about.

As I leave the LBT, methodically following the tourist signs for the railway station, I’m left with a feeling that the building has finally found its purpose. Every bit of space is occupied, from low-ceilinged rooms transformed into glamorous cabaret (“we have to ensure companies don’t have acts on stilts,” Firth half-jokes) to cosy offices nestled on the second-floor.

So, be make sure to take a trip to the Lawrence Batley Theatre. It is well worth the visit, even when our Northern climate is at its most tempestuous.