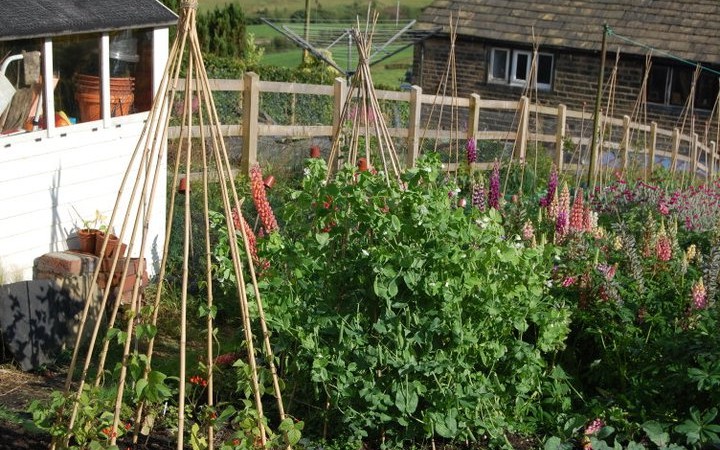 Digging is a four letter word. Don’t believe me? Do some. You will find it is exactly four letters wide, four letters deep and four letters back-breaking. Give someone an allotment and a spade and in four weekends’ time I will show you someone who will swear every time they see soil.

Weeds are another four letter word. Don’t believe me? Get out weeding. For four years we weeded at Pig Row, on all fours between rows of cabbages, doing our impression of great apes in the lettuce patch, arms swinging, heads lolling with drool, our power of speech after an hour in the sun reduced to grunts and bellows. Over the years I have read countless columns, forum boards and magazines devoted to weeding, to the worst weeds and to the evil invasion of the top ten weeds. As a nation of gardeners we are obsessed by weeds and by digging our little bit of heaven.

Trust me, this fervour for weeding and digging changes when you hit quarter of an acre. A friend of ours took on an allotment, cleared it, planted it up and like an idiot didn’t return for a couple of months. He was faced with a wall of weeds, no crops and the sense that Stanley was watching him from the thicket of brambles that had eaten his shed. This is the problem with gardening, nature will always win, and if you fight her you will learn to swear in ways you have never thought of before. 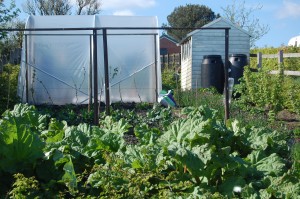 You will learn that, out of all the tools in your garden shed, you have one true friend: the hoe. I can hear you sniggering from here but it’s perfectly legal and you will find yourself whispering sweet nothings to it. You will even name it. All you need to know is that the hoe should be sharp, taller than you and that when you use it your back should be straight and both your thumbs pointed up. Yes, with practice on warm sunny days you too can be the Fonzie on your block as you rhythmically decapitate those weeds dreaming of revenge. A good hoe will pay you back, a bad hoe will rob your pockets as you will spend your life at the chiropractors.

Stop sniggering. Stop digging. Digging is the worst thing you can do to your soil. Digging muck into your soil is the most pointless thing you can do in Autumn. Digging releases carbon dioxide into the atmosphere which is linked to global warming and climate change. Adding muck just before those months known for their rain and snow is foolhardy. We add manure for nitrogen but the rain and melting snow over winter will wash away all that goodness before spring. There are ways around it though, there is still a back-breaking option and that is understanding that soil works best when you mulch it. That’s adding well-rotted compost and manure to the surface rather than digging it in.

The simple fact you have to learn is that weeds are the vanguard of forests, your garden, your neighbourhood, and your workplace desperately wants to be a forest. Turn your back for long enough, a couple of decades, and your desk will have been swallowed by a willow. We saw this at Pig Row when the garden was cleared of ash trees and willow that had stood there knitting together for four decades, the soil turned and the weeds raged in, guns blazing.

Mulch and you smother the weeds; mulch and the worms do the digging. Just remember to add at least four inches of it and any perennial weeds can then be yanked out with a crowbar. There are only some fast and hard rules: add well-rotted manure that is older than six months in Spring or at least six weeks before planting; likewise mulch and avoid any bare soil. If your soil is going to be bare in winter, cover it with plastic or, better, red clover. It will lock in nitrogen. You can then mow it off six weeks before planting and kill those weeds. However, I cannot promise you will stop swearing, I swear like a buck-toothed navvy at carrots.