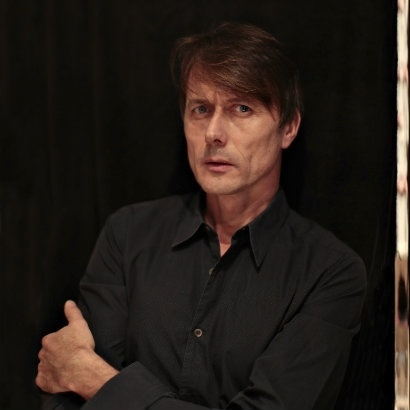 Lionised initially as ‘the best new band in Britain’, the magpie attentions of the now-deceased music weeklies were swiftly distracted by less outré propositions so that the wrong question was posed of the 1990s. The answer was neither Blur nor Oasis, but Suede (or possibly Pulp).

Skirted around by the official versions of the decade, the natural course of action (though one that their lead singer resisted, pausing his first volume of biography, Coal Black Mornings, on the precipice of success) was for Brett Anderson to write his own history.

So it is, that on a night when Manchester looks like a Suede B-side, rain-lit from the pavements to the skyscrapers, Anderson, still microphone lead-thin but dressed like a guest on Russell Harty, sucks in cheek bones that really need no further enhancement, posing for photographs in the foyer of The Dancehouse‘s slightly shabby grandeur, looking at home in both city and theatre. 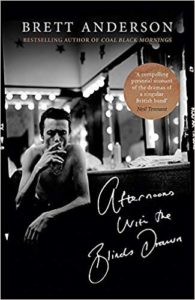 Playing the role of Harty this evening, marrying a fannish curiosity with a conversational tone, Katie Popperwell sets at ease an Anderson more articulate than the slenderness of his lyrics might otherwise suggest. Only one cue is fluffed. When Popperwell invitingly suggests that Suede, in the tradition of The Smiths’ flourishing of Delaney and Wilde, drew upon their own literary canon, the faltered flow that follows suggests quite the reverse.

A narrowing of focus is, of course, hardly a fault. Jane Austen famously, and possibly self-deprecatingly, wrote of “the little bit (two inches wide) of ivory on which I work”, and if a comparison between the two rather favours the more contemporary writer, it is nevertheless the case that what Anderson refers to as “Suede-ness” is every bit as recognisable as Emma Woodhouse’s Highbury. Indeed, Anderson acknowledges that Trash was a conscious attempt to write an anthem for the urban dispossessed which were both muse and audience for him.

Suede, perhaps bruised by their sense of being shunted into the margins, were inclusive of the excluded from the start; non-binary and gender fluid before the terms had become common currency. Their first LP sleeve was a detail of two women kissing, one in a wheelchair, and Anderson asserts that the second album, Dog Man Star, was intended to be the antithesis of the “beery, laddish” elements of the Britpop spectrum. 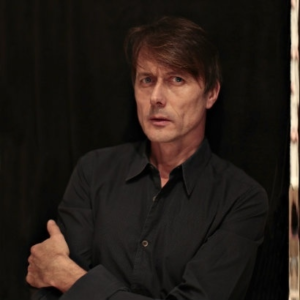 There is, he avers, “always a point to prove with Suede”. And perhaps, too, with Afternoons With The Blinds Drawn, as Anderson is also adamant that he “didn’t want to write a conventional rock biography”. His “point of entry” (a favourite phrase of the night) was to realise that writing about his on-stage persona from the vantage point of his more authentic self might allow him to delineate his “journey through the machinery of success” while avoiding the more familiar clichés of that particular narrative arc. It’s with a certain relish that he reflects that “every book needs a villain, and I wanted to be a villain in my own story”. Other antagonists, in the tradition of the unnamed co-opter of the graffitied phrase, ‘modern life is rubbish’ brought to book in Coal Black Mornings remain anonymous, be they human or chemical.

Winding up, flexing his wrist for a snaking, if no longer snake-hipped, queue of middle-aged former urban refuse, hardbacks open, ready to be anointed in marker pen, Brett (tongue only slightly in-cheek) observes of his audience that “everyone’s so lovely looking”. Abstinent now, and with the distance of parenthood between him and his persona, it feels like it’s no longer predominantly the literal but now the poetic chemistry between us.

Afternoons with the Blinds Drawn is published by Little, Brown and available now.