When I was appointed to the position of Artistic Director of Theatre at HOME in 2013, I knew that I would be working from, and on, a completely blank canvas. For a theatre director, that is a precious joy, and something to be valued. 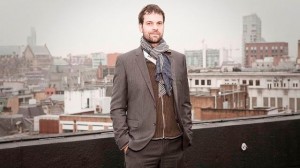 HOME has a brief to be different, challenging, provocative, and cross-art, and I like to think the work we have commissioned, collaborated on, and presented at various sites throughout the city has been just that.

One of the centrepieces of our 2106 programme sees the much-anticipated return of Dublin’s ANU in June. Their piece, On Corporation Street (June 10-25), takes as its starting point the IRA bombing of Manchester city centre on 15 June 1996. The ramifications of the bomb continue to resonate on the life of the city, but rather than take a story related to the day’s events and simply dramatise it, ANU are presenting their piece as one third of a trilogy (the other two parts are being staged in Ireland), all related to the Easter Rising of 1916 and the subsequent establishment of the Irish Free State six years later.

If you were fortunate enough to have seen Angel Meadow, ANU’s stunning Manchester Theatre Award-winning production in 2014, On Corporation Street, directed by Louise Lowe, is definitely one for you.

Our ¡Viva! Spanish and Latin American Festival this year, on until April 24, features a theatre strand for the first time. I was fortunate enough recently to have spent some time in Cuba working with celebrated playwright Abel González-Melo, and I am thrilled to be welcoming him to Manchester where we will present the UK premiere of Chamaco (April 21-23) which I will be directing. 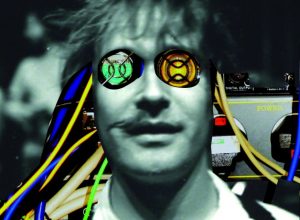 To accompany Chamaco, we will also be presenting a ‘staged’ reading performance of Abel’s latest play, Weathered (April 23). Cuba is a country on the cusp of genuine and radical change and Abel’s work about the underbelly of Cuban society – which package holiday tourists don’t get to see – reflects that gritty reality.

As 2016 is the 400th anniversary of the death of William Shakespeare, we will be presenting Filter Theatre’s Twelfth Night (May 11-14) in association with the Royal Shakespeare Company. Sean Holmes directs a fresh and engaging new take on the Bard’s enduring story of romance, satire, and mistaken identity.

HOME has an international guest artist each year, and in 2015 we were privileged to host La Mélancolie des Dragons by French company Nanterre-Amandiers. This year, I’m delighted to welcome Belgian dance collective Peeping Tom to HOME to present 32 Rue Vandenbranden (May 23-25).

This thrilling piece of dance theatre plunges spectators into a foreboding universe of cold, wind and ice. Peeping Tom has toured internationally with this uncompromising show, and it won the Best New Dance Production award at the 2015 Olivier Awards.

After staging Complicite’s The Encounter, a stunning one-man show from Simon McBurney, we are very much looking forward to working with Complicte again on A Pacifist’s Guide to the War on Cancer (September 20-24). Directed by Bryony Kimmings from her book with Brian Lobel, A Pacifist’s Guide to the War on Cancer offers theatre-goers a whistle-stop tour through life with a cancer diagnosis. It’s one of the oldest theatrical clichés of them all, but this really will be a show where the thing to expect is the unexpected.

Finally, Northern Soul readers may well remember our visit last year by Kathryn Hunter, whose one-woman show, Kafka’s Monkey, was one of the highlights on our stage in 2015. Sadly, Kathryn sustained an ankle injury and we had to cancel the final performances of the run, so I am especially pleased to be able to welcome her back to Manchester in The Emperor (September 28-October 8), which I shall be directing. A co-production between HOME, the Young Vic, and Theatre de Ville, Luxembourg, this world premiere production is based on the astonishing book by Polish journalist Ryszard Kapuściński, who travelled to Ethiopia in 1974 to enjoy a ringside seat and witness first-hand the final chaotic days of the Emperor Haile Selassie’s rule over the country.

The population lived largely in degrading poverty while the country’s ruler enjoyed a life of opulence and unalloyed luxury. It’s a remarkable tale, and Kathryn will conjure up an enormous range of characters, all of whom will tell stories almost too unbelievable to be true.

This is just a small selection of what theatre-goers can see at HOME this year. I hope there’s something in our programme you will enjoy, and that you will agree that our programme is indeed different, challenging, and provocative. 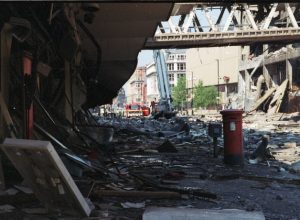