Sarah Bird, co-director of festival producer Wild Rumpus, shares the philosophy behind seven Northern festivals and how they are doing things differently through collaboration.

You may not know it but the Northern Festivals Network comprises bluedot, Cloudspotting, Festival No.6, Just So Festival, Kendal Calling, Ramsbottom Festival and Underneath The Stars – some of the most exciting festivals in the UK today. Three years ago, we joined forces with a firm belief that families deserve incredible music and arts festival experiences.

We knew little about the festival sector when we set up Just So Festival (the only arts camping festival in the UK dedicated solely to families) back in 2009. We had the naivety of people who look in from the outside and say, ‘how hard can that be?’. Find a bit of woodland, put on a bit of music and hold a couple of arts performance in a few pretty tents with some nice lighting. No problem. We stumbled along with our health and safety manual in one hand and toilet calculator at the ready, all set to figure things out. But for a long time, all we really figured out was just how much we still had to learn. 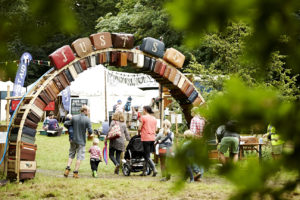 Just So is now multi-award winning and held up as an example of one of the best family festivals in the world. With a love of stories and childhood escapades at its heart, it enables families to step out of their day-to-day lives and into a wonderland of world class literature, arts, theatre, dance, music, comedy and creative pursuits.  It’s underpinned by the Tribal Tournament which we think is the most bonkers competition in the land.

This year, families can look forward to more than 200 experiences and performances spanning 12 areas including a glorious lakeside Silver Screen glade dedicated to all things cinematic, the Social Barn for a completely crackers celebration of food, the Forgotten Courtyard for workshops, provocations, debates and talks, the extraordinary Spellbound Forest and eccentric Village Green with some of the best new outdoor performance for families, brilliant bands on the Footlights stage and dance workshops at Jitterbug. There’s also a whole area of performance and facilities for 0-4-year-olds at the Weleda Peekaboo Garden, and beautiful zones to stretch your minds and relax at The Observatory and The High Seas. 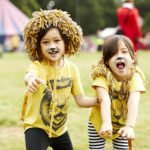 It was three or four years after starting Just So before we allowed ourselves the time and space to look up and ask some key questions, like, ‘who else is doing this?’ We met David Agnew from Ramsbottom Festival and Bury Met, and from there we started talking to others. Soon we were struck by the idea of turning casual conversations into a more formal – though still friendly – organisation.

And so the Northern Festivals Network was born, gaining funding from its inception from Arts Council England. Its focus over the past three years has been inspiring family audiences through touring high quality arts programming. Alongside that has come a lot of knowledge sharing, best practice, talk about audiences, sustainability, suppliers, vendors, media, sponsorship, accessibility, volunteering, performers, diversity, and the weather, the weather, the weather.

Along the way, we’ve been pleased to commission new work in collaboration with Glastonbury and this year alongside Unlimited for two pieces of disability-led family work (Between Stillness and Storm – a mesmerising, large-scale sculptural installation by renowned artists Aiden Moesby and Tim Shaw, and a curious bubble-loving snail Snigel in brand new inspirational performance The Adventures of Snigel from artist and choreographer Caroline Bowditch) which will tour across the network through 2017. 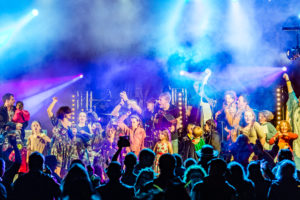 This will join other incredible new interactive shows including the chance to learn birdsong and get ready to take flight for the first time in Flit Flap Fly by Fine Chisel, explore a Space Shed in How I Hacked My Way Into Space from Unlimited Theatre, meet Wilford, a rockabilly tree planting anarch-nomad in Seed, a brand new piece from Pif-Paf, and storyteller and mindreader Madam Bridget. There’s also the chance to make fairy tales and dreams come to life and be part of a theatre company for a day in Gypsy Caravan Theatre, and witness quirky dance theatre from Kitsch & Sync and wonderful worlds presented by ‘janitors of the ridiculous’ Rag & Bone.

Alongside our normal sharing, there have been major collaborations too. Most notably the creation of The Lost Carnival which was a joint venture between members Wild Rumpus and So It Is (Agnew’s production company). The Lost Carnival ran first in Bury in 2015, moved to Crewe in 2016 and will be returning to a location in Manchester this summer. 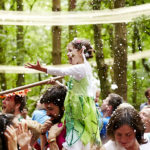 Of course, any attempt to define a territory, as we have done by calling ourselves Northern, is somewhat arbitrary. But we do believe there is a distinct cultural landscape up here compared with the South of England. There are still differences within the region, but nonetheless we feel there is a shared sensibility that thrums through the geography of the North, and forging mutually supportive partnerships with our neighbours has been enormously enriching as well as extremely helpful.

Just So has also established itself internationally with festivals in Brazil and New Zealand. They share our name and our passion while developing their own unique, local flavour. We fervently hope that the network can grow in future years and provide an opportunity for more festivals to come together and be inspired, think about collaborating and investing in the arts ecology of the North of England – for this has proved time and again to be an incredibly fertile home soil for us to develop within.