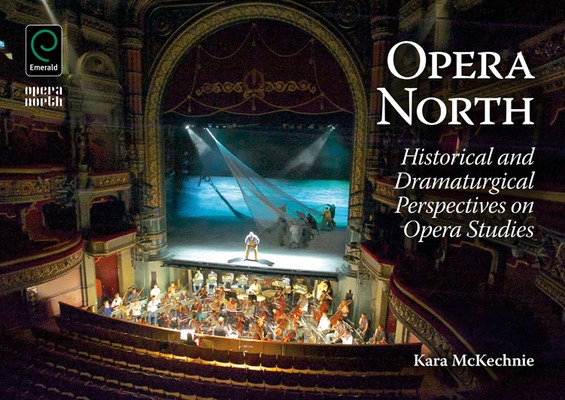 As you may or may not have noticed, it’s been a bit of a quiet summer on the old opera front. Your Opera Correspondent has had to fill his time going to movies, drinking gin and watching reruns of MacGyver (I just had to see what Patty and Selma were on about). So you can imagine my excitement when the postie delivered my copy of Kara McKechnie’s Opera North (Historical and Dramaturgical Perspectives on Opera Studies).

McKechnie’s book is a timely and exhaustive history of the only major English opera company outside of London, Opera North based in Leeds, and is therefore important to any cultural survey of the North. It is as weighty and handsome as any opera lover could wish for, supported by a wealth of richly coloured illustrations. 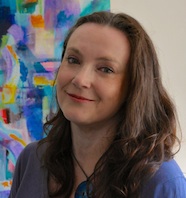 I say timely because not only does it lay out the chronological history of the company from its inception in 1978 to the present day, it also shows the struggle for artistic independence from an over-privileged and preening capital at a moment when the debate about the notion of a Northern Powerhouse is starting to take centre stage in our political arena (or at least will when the Southern media stop wetting themselves over Nazi monarchs and coke-sniffing lords).

McKechnie eruditely maps out the beginnings of the company as a Northern outpost of English National Opera (ENO) called English National Opera North. At a time in the 70s when Northern audiences were poorly served by cheap touring performances by ENO and Sadler’s Wells someone pointed out to the Arts Council that ‘for just a bit more money, you could found an opera company in the North of England’. And so the idea of Opera North was born.

What McKechnie does so well is weave the complex history of Opera North as an opera company, its many triumphs and near disasters, the devotion of its directors, designers, performers and administrators as well as the almost fanatical following of its committed audience base to explain the company’s longevity and success. But she also interweaves this with Opera North’s constant and continuing fight against the geographical bias and financial clout of an over-centralised Southern arts establishment. 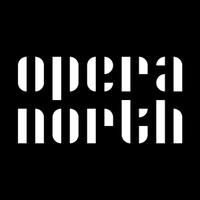 McKechnie also demonstrates her understanding of the Arts Council’s hold on the purse strings of culture and its kow-towing to its political paymasters. McKechnie notes that had Thatcher come to power six months earlier the foundations of Opera North might not have been laid: according to English National Opera North’s first musical director, David Lloyd-Jones, ‘1978 was a close thing’. She comments, with knowing understatement, that the ‘real difficulty was not going to strike until a few years later….whereby the Arts Council moved from ally to gatekeeper’.

McKechnie’s book is a testament to Opera North’s survival through the growing confidence in its individual artistic voice, increasing financial stability (which was rocked by the crash of 2008) and boxing clever with the Whitehall mandarins who ‘should have been bussed up to Leeds to see how totally un-elitist the potential audience for opera is”.

Opera North – and with it this book – means so much to me as I graduated from Leeds Poly in 1979 on the eve of Thatcher’s first win. Feeling beaten and without hope, in 1984 I was taken to see their production of Nabucco at Leeds Grand. Well, it was a revelation. I cheered, I cried, I even shouted ‘Bravo’ and for a few hours, I could ‘fly…on golden wings’. Every time I go to the opera I still feel the same. I want to thank McKechnie for reminding me where that feeling came from. Brava, author, brava. 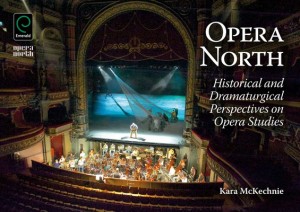