Manchester’s GRUB Food Fair has announced the traders for its next six-week residency at hidden Piccadilly brewery, Alphabet Brew Co., featuring the best street chefs in the North and beyond. If you’ve never been to GRUB Food Fair, not only does it feature an ever-changing roster of delicious street food, but also craft beer served fresh from the brewery alongside some of the best DJs operating in the city. 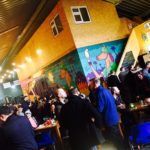 Traders lined up for this run include Andy Low N’ Slow (best BBQ outside of London), Man Dough Co (Current Manchester doughnut sensation), Smak Grill (proper char-grilled kielbasa from Yorkshire), Pollen Bakery (bringing the cruffins that cause queues at their bakery every week), What’s Your Beef (better burgers than any NQ chef), Fritto (peddling deep-fried calzone), Scoop Up (amazing ice cream sandwiches) and many more. Every event is carefully curated to make sure all tastes are catered for and vegans will always be looked after with loads of options across the event. 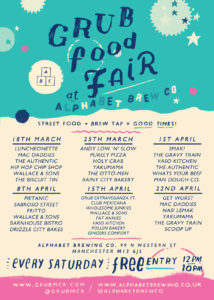 The next GRUB Food Fair begins March 18 and runs every Saturday between 12pm and 10pm until April 22 . Please be aware the event is often busy so arriving earlier rather than later is advised. You can find GRUB Food Fair at Alphabet Brew Co., 99 N Western Street, M12 6JL. The venue is dog 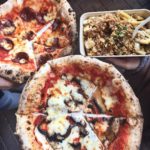 and child friendly until 8pm. The bar takes cards but please bring cash for the food traders.

So, if this all sounds like a cup of tea, why not enter our competition? To be in with a chance of winning food and drinks for two at GRUB MCR (the date will be arranged with the organisers), simply sign up to the Northern Soul newsletter (details of how to do this are on the right-hand side of the page) and send an email to emma@northernsoul.me.uk with the title ‘GRUB.’

Winners will be picked at random and notified by: March 24, 2017