Grassington House Hotel: a haven in the Yorkshire Dales

When John and Sue Rudden took on a three storey Georgian residence in North Yorkshire they had little idea that the next few years would be some of the toughest they had ever known.

“We took over Grassington House in August 2008 and the recession started in November,” recalls John Rudden. “We had a hard few years but we’ve come through it.”

Today, Grassington House Hotel is an award-winning business and popular tourist destination. Nestled among the limestone hills of Wharfedale and overlooking the picturesque cobbled square of Grassington, the hotel is consistently rated as ‘excellent’ on TripAdvisor. But the accolades have been hard won.

“We’ve spent an awful lot of money on it,” admits Rudden. “When we bought it the kitchen was like a Gordon Ramsay kitchen nightmare and the dining room carpet looked like the snail Olympics. We’ve totally refurbished it. We’ve put in a new kitchen, new restaurant, new bar and new bedrooms.” 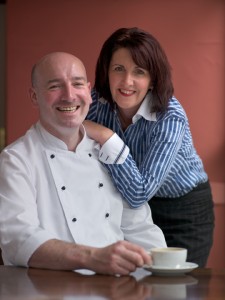 Visitors to Grassington House can choose from a selection of luxury rooms as well as enjoy top notch fare in the No.5 Restaurant. Since arriving in Grassington, Rudden’s culinary skills have been rewarded with two rosettes, a rating in the Good Food Guide and, most recently, a nomination in the prestigious Craft Guild of Chefs Awards.

The Skipton-born chef is modest about his achievements (“it’s very nice to be patted on the back but it’s more important for the business than it is for me”) despite training at the The Angel Inn at Hetton under Dennis Watkins and having made a name for himself in the North West where he was awarded Chef of the Year three times when at The White Hart at Lydgate.

“[A few years back] I realised I was getting to an age when I wanted to go in a new direction. I was touching 40. I decided to come back to the Yorkshire Dales where I grew up. And Grassington is an amazingly busy little place. It’s a great location to set up a business.”

Grassington House was originally built for a promoter of the Grassington-Pateley Bridge Turnpike Trust and later inhabited by a distinguished banking family. It was converted into a hotel in the early 1900s and has remained a distinctive feature of the village square ever since.

Rudden says: “We are constantly trying to reinvent ourselves without losing our identity. Everything we serve here is made here. The meat is from Pateley Bridge and there are five generations of butchers in the shop. They’ve won Yorkshire Butcher of the Year and National Butcher of the Year. And the fish is from Hartlepool. The cheese is from a fantastic guy in The Courtyard near Settle. He’s won National Cheesemonger of the Year. We’re very proud that everything is British. And we make our own chutney and and our own water biscuits.”

Rudden runs Grassington House with his wife and 23 employees. “We work very hard and we try to play very hard with the staff as well,” he says. “The staff is our extended family.” 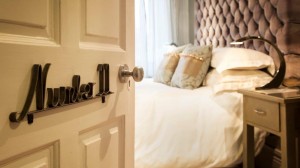