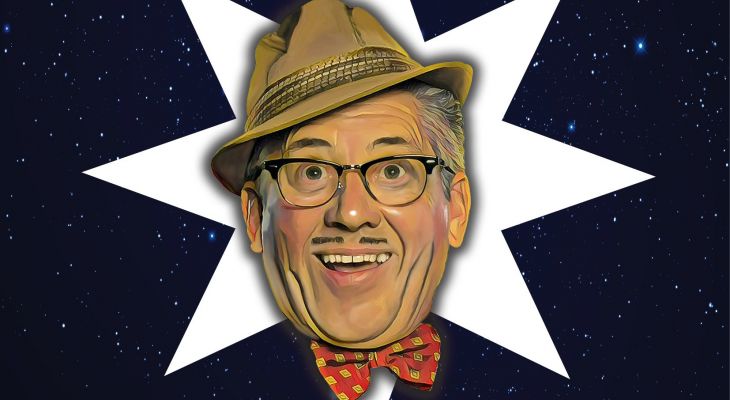 Back in July, Steve Delaney’s Twitter feed lit up, as it tends to from time to time, with another wave of the rolling debate about which version of his character Count Arthur Strong is the best.

“Some people reckon that he’s softer on television and much harsher on the radio and they want monologues and they want this, that and the other,” says Delaney. “In actual fact, I had quite a session on Twitter explaining the difference between these things and I don’t mind doing that. It’s great that people are that interested, frankly.

“I don’t mind sitting down on Twitter for an hour or so every now and again and answering some of these questions, particularly from people who say that it spoiled Arthur by putting him on television or what-have-you. Obviously, I entirely disagree with that. It’s just a different facet of the same character for me. I thoroughly enjoy them all and I approach them all in the same way. Obviously, they’re different mediums, but the core of Arthur is always the same for me. It’s not something I question.”

At present, Delaney is concentrating on the live stage incarnation of Count Arthur, as he’s taking the character on a new 75-date UK tour, starting in Sheffield on September 17. Previous tours have tended to boast punning titles such as The Sound of Mucus and Somebody Up There Licks Me, but this one goes by the more pointed Is Anybody Out There?.

The hook, then, is that Arthur will attempt to discuss the wonders of the universe – although, as anyone who knows the character will understand, it doesn’t go that way at all. “It’s just Arthur’s stream of consciousness, really. Music plays a part in it. I’ll be singing a few songs and things. It’s that bizarre combination of astronomy lecture and variety show, which only Arthur could have come up with. That’s the thing with Arthur, though. In a sense it’s difficult for me to explain what a live show’s about. The important thing is it looks as though Arthur is unwinding on the night and it’s never happened before. That’s the challenge.” 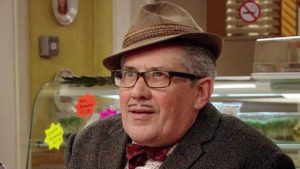 Thankfully, things have changed from the early days of the character, such as the 2002 Edinburgh show Count Arthur Strong’s Forgotten Egypt. Delaney says: “I did have people in the audience on occasion thinking that the show was actually some kind of factual talk about Egypt, despite the fact that the poster clearly made it look like a comedy show. But as more and more people understand what Arthur’s about, less and less people are turning up expecting to see pretty much anything about what’s in the title of the show.”

Many moons ago, while he was first training as an actor, Delaney created Count Arthur as a piano-playing circus strongman (hence the surname) which echoed his own Yorkshire roots. Years later the character became a hit on the live comedy circuit before being given his own hit Radio 4 show. Then came the Count Arthur Strong TV sitcom, an experience that Delaney thoroughly enjoyed.

“It was a joy to be able to do that after ten years on the radio. I was performing live all that time too, but visually the live performance is quite different from the television performance. You have to be a bit more aggressive with your delivery when you’re on stage and you have an auditorium full of people out there, some people a fair distance back from you. On television the opportunity to be really quite subtle with what you did visually was a great thing. I loved the smallness of it.” 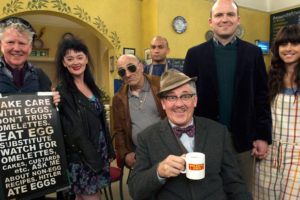 Before the TV sitcom was launched in 2013, there was some head-scratching about how to transfer Arthur from stage and radio to the small screen.

“At first we tried a different format. It was a game show called Count Arthur Strong’s Entertainment Game. So, we tried one other format. About 15 or 20 years ago, when you became popular on the circuit and the BBC were thinking about how they could work with you, they always used to throw in the notion of doing a game show. We thought ‘OK, television audiences are not aware of Arthur. Is there a way we could packaging him to later make the sitcom that we want to make?’. So, we thought ‘yeah, maybe there is something in doing a game show’.”

A pilot was made but the BBC didn’t commission it. Instead, they paired Delaney with writer Graham Linehan, whose sitcom successes included Father Ted and The IT Crowd. The show that followed was a delight, one of the finest sitcoms of the day, and almost by accident it became a particular draw for families of all ages.

“I love the family audience tag, though it was not something I ever thought about when I started out. I suppose I was thinking more about the metropolitan audience if I was thinking about an audience at all. But people were telling me at live shows that a lot of kids were listening to the radio series with their families and that kicked into the TV show. We wanted to make a family TV show, but we didn’t want to water anything down. Actually, I think kids like to see an old bloke behaving disgracefully and getting away with it.” 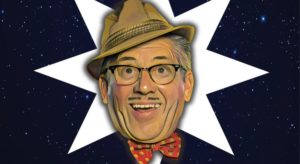 When Northern Soul last spoke to Delaney back in 2017, we ran an interview with Graham Fellows of John Shuttleworth fame a few weeks before, little knowing that the two characters were about to be brought together for an episode of the Count Arthur Strong TV show. This was the mind-warping Northern comedy equivalent of a big superhero team-up or one of those Doctor Who stories with more than one Doctor.

“A lot of people had said they’d love to see Arthur and John Shuttleworth do something together and I really rate him,” Delaney says. “I first saw John Shuttleworth at the Bloomsbury Theatre round about 1995 and I’ve always admired his work. Graham Linehan and I were just chatting, and I mentioned this, and he thought it would be a great idea. We just came up with a notion for an episode and got in touch with Graham Fellows about it. We had a coffee with him in London one afternoon and had a chat about it and he went for it. Yeah, that was great.”

It was indeed, as was the whole show. When the BBC announced its decision to drop it in 2017 after three series, there was a huge outpouring of support for Count Arthur online and rightfully so. “I thoroughly enjoyed doing the TV series and I was very, very pleased and proud of it, really. I’m fully aware of the fact that it left a lot of people cold and that’s fine. I think if you tried to accommodate everybody then you present something that’s terribly washed out and rather uninteresting in the end. You just have to do your thing and hope people like it, and the people that like it really like it.” 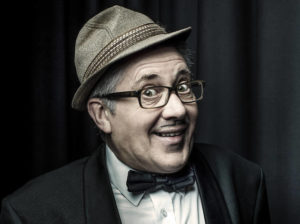 For now, there are no further series of the Radio 4 Count Arthur show in the pipeline either, but a tradition has emerged of a new one-off special every Christmas, with this year’s edition written and ready to be recorded.

For now, though, Delaney has enough on his plate with the lengthy Is There Anybody Out There? tour, which should appeal to any fans of the character, however they got to know him. 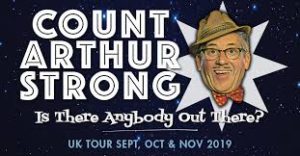 Count Arthur Strong’s Is There Anybody Out There? tour starts in Sheffield on September 17, 2019 and runs until March 2020.

Tags: Andy Murray, Comedy, Count Arthur Strong, Is There Anybody Out There?, Northern Electric