An obsessive Morrissey fan attempts List of the Lost 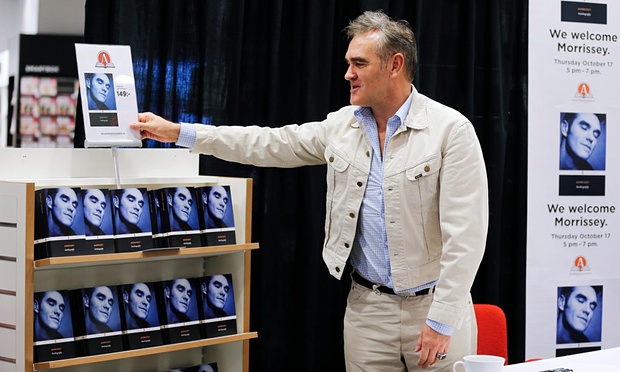 ‘Of course the same thing happened to Keats, you know.’

Thinking aloud, I held a half pint of warm lager in one hand and a copy of Morrissey’s debut novel List of the Lost in the other.

‘Oh yes, he was torn to shreds by the reviewers. They told him he had no place as a writer, to get back to the shop, that he couldn’t write and all that old spiel. And look how that ended up for him. Yeah, I know, he died in agony believing himself to be a failure, but we know that he quite patently wasn’t, don’t we? And look at Wordsworth, he was never appreciated in his time, either, and now you can buy tea towels with the daffodils poem on them. So maybe it’s not all bad.’

It was with the words of John Gibson Lockhart, the journalist who tried to take down the vulgar and uneducated John Keats ringing in my ears – “back to the shop, Mr John” – that I walked into Waterstones to pick up my highly anticipated copy of List of the Lost, Morrissey’s debut novel. The reviews I’d read that morning had been roundly atrocious. “It’s commonplace in this kind of article to tell you we’re reading the book so you don’t have to,” came the sneering opening of Michael Hann’s review in The Guardian, with all of the cultural superiority of John Wilson Croker’s damning piece on Johnny Keats some 200 years ago in the Quarterly. “Do not read this book; do not sully yourself with it.”

I walked up to the till, holding my copy defiantly, even as the boy behind the counter winced. Maybe – I thought – maybe I want to be sullied.

A lot was riding on this book. As a 15-year-old skulking about in badly-fitting trousers in the school library, it was Morrissey who first made me feel that, actually, it was pretty cool to be into literature. If I stuck a Smiths top on as my nose was stuck in a book, being a bookish teenager – with all of its negative connotations of shyness, withdrawnness and, whisper it, boringness – became something desirable, something to aspire towards.

I compulsively tracked down copies of A Taste of Honey, By Grand Central Station I Sat Down and Wept and Billy Liar after reading that Morrissey was a fan, and often quoted them in his lyrics. It became a sort of game, cross-referencing Morrissey lyrics, figuring out where they originally came from and who had influenced this King of the introverts. 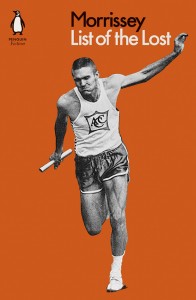 ‘Talent borrows, genius steals,’ Oscar Wilde said once. I devoured Wilde and I obsessed over A E Housman. I even fell in love with the quaint old poet John Betjemann – as English as crumpets and quiet despair – watching the documentary Metro-Land, his poetic amble about the London suburbs, while everyone else was probably watching Big Brother, or, you know, having fun.

After it was announced last week that Morrissey will not be touring the UK again, I thought, this book really needs to be good. If I and the thousands of other obsessive Morrissey fans are to be satisfied, we, all of us, need this novel to be pretty damn excellent. Could anything ever beat the mounting sense of excitement of a Morrissey gig, as the opening movie rolls and a 20-ft high screen projects live performances of Sparks and Brigitte Bardot and Sandie Shaw, as the football chant of “Morrissey, Morrissey, Morr-i-ssey” grows thunderously, the doomy euphoria gathered up by singing “if a double decker bus, crashes into us” as loud as your lungs will allow, or the primal adrenaline rush of fighting to the death with hundreds of other fans over a scrap of sequinned shirt tossed from the stage at the end of Speedway? The ten times that I’ve seen Morrissey from 2007 until present have, quite simply, been some of the best nights of my life. And this book needed to replace all that. This needed to be some book.

So it was with some trepidation that I settled down with a latte and a fag that afternoon and cracked open my copy of List of the Lost. It was extremely windy and my hair blew in my eyes, blew the pages out of my fingers. I moved indoors. I put my headphones in to block out the sound of people’s voices. I only wanted to hear one voice, and that was Steven Patrick Morrissey’s.

Now I’m going to be honest, very honest. I read the first five pages. I stopped. I turned back to the first page. I read the first five pages again. And still, I wasn’t sure what was happening. There seemed to be, to all intents and purposes, little of anything resembling a plot. Sentences meandered and repeated themselves before eventually spluttering and dying. ‘Our four favoured athletes have the task of relaying in relay and can therefore knock aside bothersome border boundaries as they…’ Sorry, you what, Morrissey?! I flicked back to page one again with a sigh.

But then, I thought, well, isn’t this what you did with Proust, Lyndsey?

I know, I know. I’m being facetious. I’m not really suggesting that Morrissey’s List of the Lost is anything like Proust’s magnum opus. It’s not French for starters and nobody is called Marcel (although there is, strangely, an Ezra Pound). But it’s true, I did have to read the first five pages of The Way by Swann’s some 20 times before I had any vague understanding of what was going on. And don’t get me started on the time that I attempted Ulysses. And Bleak House. And in a way, I often find that sort of reading to be the most pleasurable; the sort where you have to screw up your eyebrows, block out everything that’s going on around you and concentrate. To extract meaning is a challenge, and, once cracked, it’s one of the most rewarding things you can do. And, furthermore, you can’t always do it. Sometimes you’ll pick up the book and, for whatever reason, you just won’t be able to lose yourself, won’t be able to step out of this world and into that world, your eye caught instead by the fly crawling across the windowpane or the malevolent ticking of the clock. 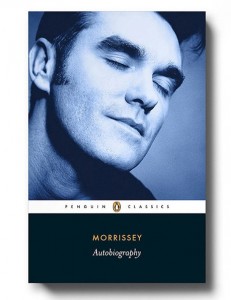 But when you do manage it – my God, it’s wonderful. It’s the greatest thing about reading, and the thing that has had me hooked for so many years: to lose yourself entirely in a book is to surrender part of your own identity in a way that is entirely particular to the act of reading a book. It is to submerge yourself in the thoughts of someone else, to reach out and touch the mind of another person. You can’t do it through any other means. It is sublime, and it happens with the most meaning in exactly those books of which a quick skim-read yields little results. I hoped this would be the same with Morrissey’s novel. I got home that night, made myself a coffee, locked myself in my bedroom and I tried again. I felt myself drop momentarily into that sacred rhythmic lull of the prose, and I thought to myself, actually, in places, this isn’t so bad. Until I reached this:

‘All quiet, all still in this decent and pleasant atmosphere of slumber and repose, where lush houses of beddy-bye shut-eye snoozled in sleepland; a smiling sleep of dreamland.’

My honest, unvarnished opinion is that there are some wonderful lines nestled in here. ‘light rain taps their faces like uncommitted kisses as early evening rush hour begins’ for example. And ‘undeveloped at 20 years, indecent thoughts at 30 years’. OK, it’s a bit of an odd storyline (four 1970s American relay runners accidentally kill a wretch, who then comes back as a sort of demon to haunt them). But I think it really had the potential to work, to soar above the heavy phrases and meaningless repetitions and weird bits about animal cruelty and the royal family that arrive out of nowhere and just sit there, adding nothing to the storyline. It could have worked.

What the thing really needed was an editor willing to stand up to Morrissey. 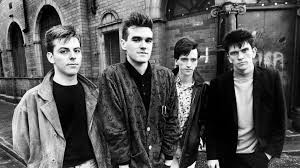 I like to think that my 15-year-old self, hiding in the bookshelves of the school library, would have been up to the task. It would be after maths. I’d have run the gauntlet down the corridor from the maths rooms to the library, jumping over feet shooting out to trip you up and successfully avoiding the bannister smeared in lubricant beside the R.E. classroom. I’d hesitate by the library door. Chess club would be going on in one corner. The screams and insults and sound of footballs being kicked would drift in from the playing fields. In I’d traipse, wearing too much eyeliner and a backpack covered in pin badges. I’d say hello to the entrepreneurial E.B., a boy in my class who’d be selling Maoams for 20p a pop by the computers. And there – there would be Morrissey, oblivious to the laser sharp eyes of Miss Laverty, scowling at him accusingly, with his feet slung up casually on the desk. We’d shoot the breeze for a while about Klaus Nomi, or Russell Mael, or Greenpeace, and then I’d say to him:

“Look, Morrissey. I know I’m an inconsequential 15-year-old and you’re the greatest lyricist (and no, it’s not up for debate) who ever lived. You don’t have to listen to me. But please, for the love of God, will you make your sentences a little bit shorter? People can just say things sometimes, you know – they don’t always have to exclaim them, or sigh them, or lord them. Do you really want to use the term ‘manly central issue’? Well, do you?? And what’s more, not every line has to be witty, it doesn’t always have to be poetry. If you temper those lines with more succinct and functional sentences that help to direct the narrative and to retain the reader’s interest, then when you do drop a line like ‘undeveloped at 20 years, indecent thoughts at 30’ it will explode onto the page and burn with the ferocity of fabulous roman yellow candles like spiders across the stars.”

With that, Morrissey would probably get up, storm off, and I’d find myself written about in a pithy statement or a rambling paragraph of Autobiography Pt. 2. But someone needed to risk that happening. Someone needed to deflate that huge head (that he so eloquently once suggested had nearly killed his mother) in order to produce the absolutely cracking book that he is so clearly capable of, and that we all so painfully need.

Until that day I am willing to accept that List of the Lost is a flawed piece of art with flashes of brilliance among some frankly difficult lines, and to live by the maxim of a far wiser man than I: ‘there’s more to life than books, you know’. 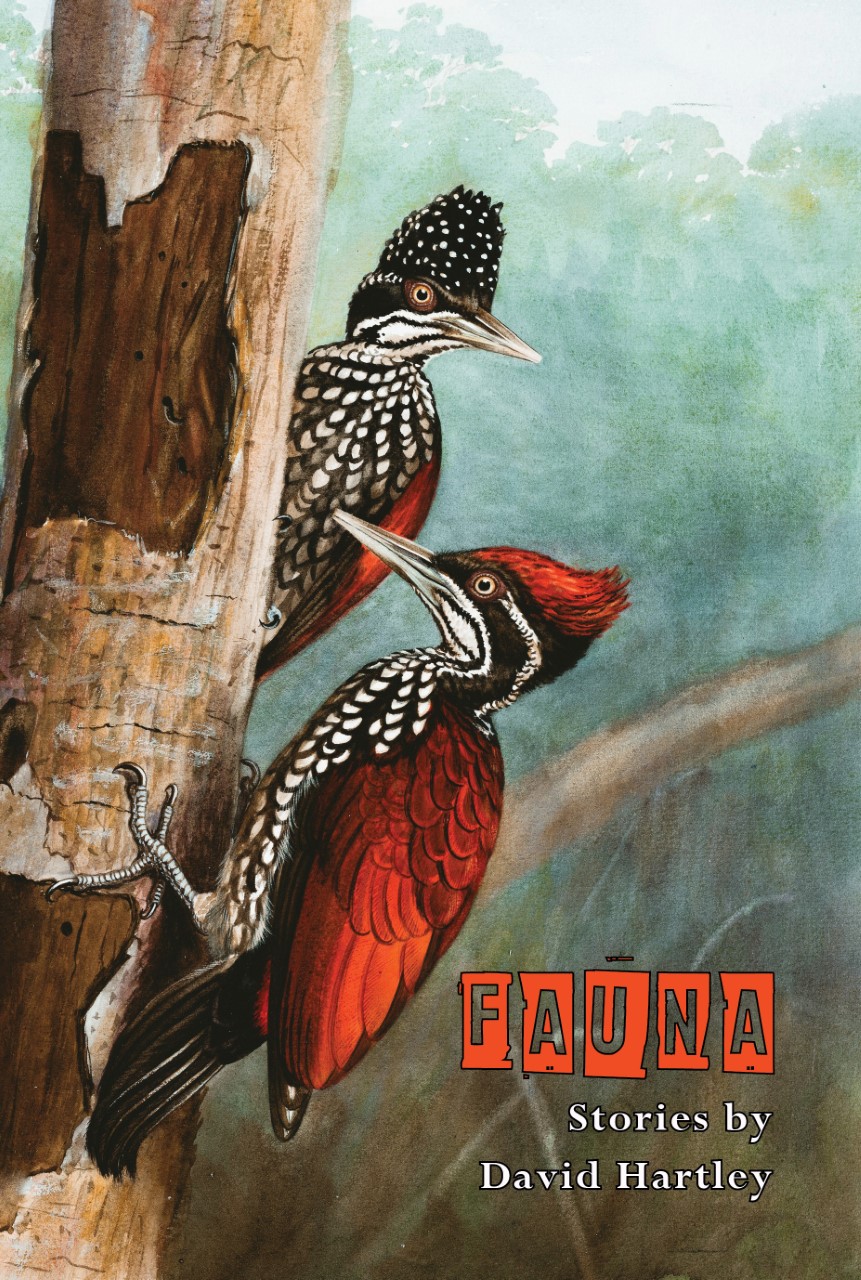 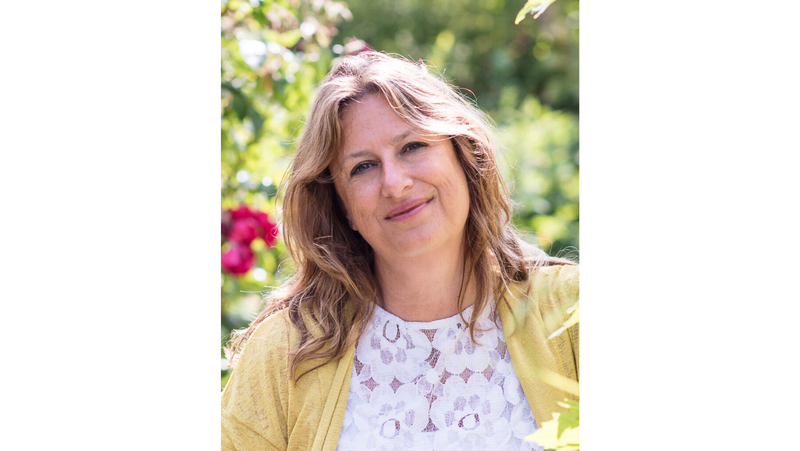 Byker Books (and not a sniff of PJ & Duncan) 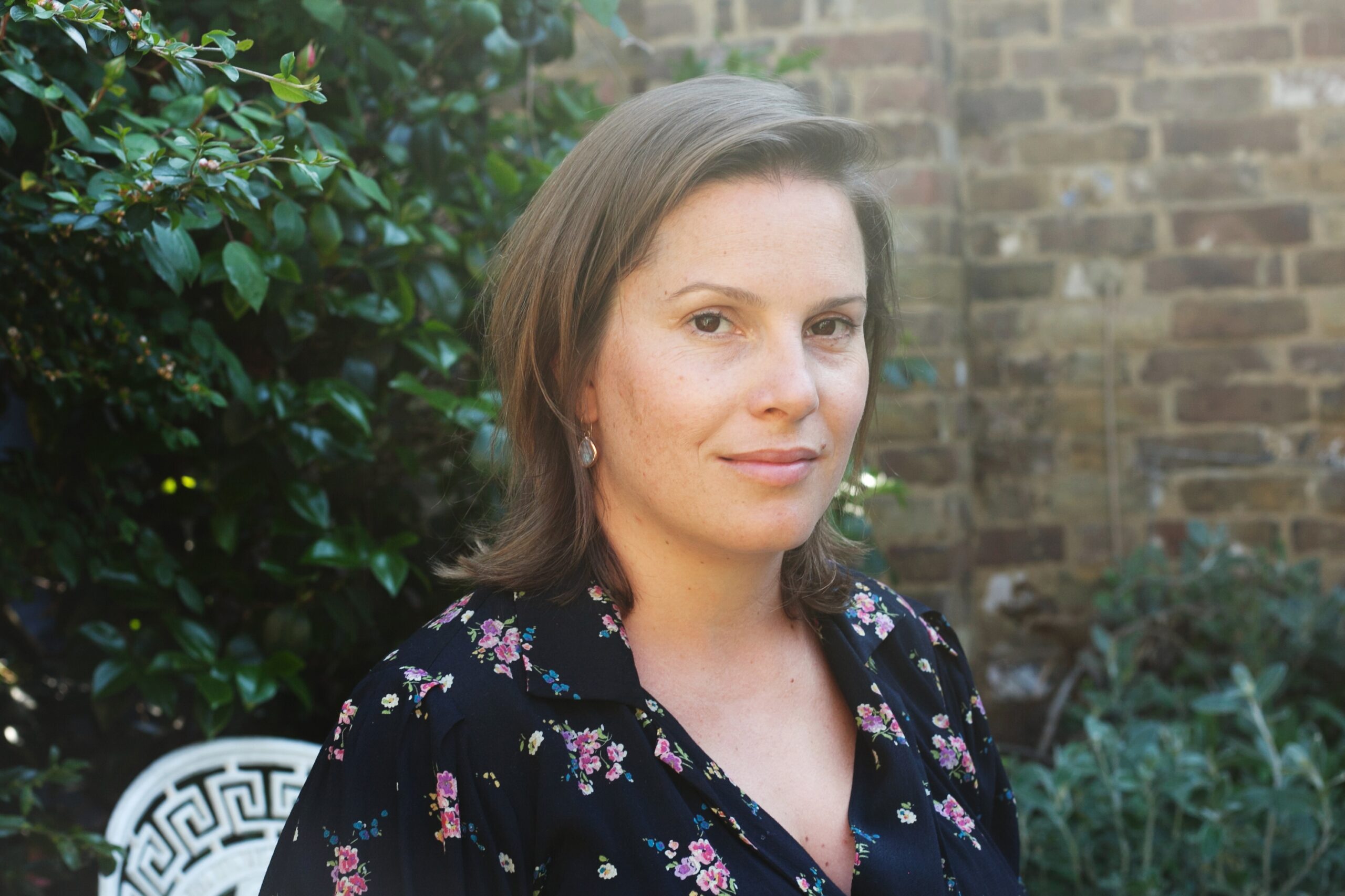