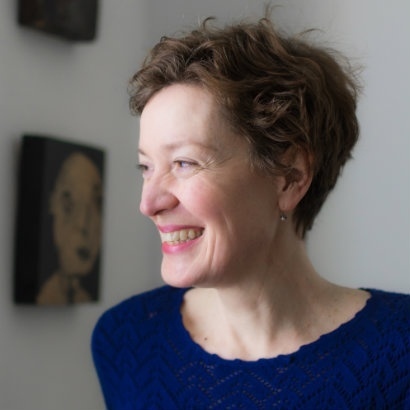 From ITV big gob (and all-round cockwomble), Piers Morgan has suggested that papoose-wearing fathers look ’emasculated’. Cue a bunch of lovely fellas posting snaps cradling their bundles of joy in response and even my chiefly dormant ovaries get a bit twitchy at the sight. Then there’s the frank discussions about male mental health, the reformation of the Gender Recognition Act, and it’s been a thought-provoking week for chat about gender.

But what do we mean by ‘traditional’ gender roles, anyway? What’s considered ‘masculine’ and what’s not? Who thought up these rules and said we should stick to them? And what happens when these so-called roles are threatened?

These are just some of the themes touched upon by writers Sarah Moss (Cold Earth, The Tidal Zone) and Carys Davies (Some New Ambush, The Redemption of Galen Pike) in conversation with Dr Katy Shaw as part of this year’s Manchester Literature Festival. Both have written novellas, West (Davies) and Ghost Wall (Moss), which “examine the ways in which men shape the world and women fight to survive it”. Throughout the discussion, I can’t help but draw parallels between the world created in each text and our own current, alarming reality.

The event attracts a small audience to Manchester’s International Anthony Burgess Foundation but that’s no bad thing, especially as it keeps the event under an hour and feels a lot more intimate, like a cosy study group. Shaw, who leads research into 21st century writing at Northumbria University and whose own book, Hauntology, explores the persistent role of the past in the present of contemporary English Literature, is an engaging host. 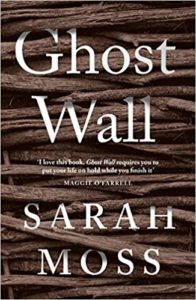 In Ghost Wall, Moss’s teenage narrator, Sylvie, takes part in an Iron Age re-enactment – one of her father’s hobbies – but the harshness of the era exposes her father’s insecurities and anger. In Davies’ book, West, Bess’s father abandons his young daughter to go in search of ancient creatures which sees Bess left to fend off the advances of the men at home. In the wake of the #MeToo movement – and in the aftermath of the outrageous Kavanagh result across the pond – some men (Not All Men™) claim to feel frightened, confused and concerned about how to act. Women are responding with “well, welcome to the club”, and it’s fascinating to take a look at these issues through the lens of fiction, particularly those texts that look back to the past.

“I’m interested in the damaging effects of nostalgia,” says Moss. “Sylvie’s father is angry. He feels like he is not valuable, that his skills are no longer worth anything and he fantasises the Iron Age and Ancient Britain as a time where he would have been worthwhile and important in his masculinity.”

‘Back when men were men…’ Sound familiar?

She continues: “But he’s imagining it. It’s not actually a social structure from the Iron Age because we have no idea what gender relations in the Iron Age might’ve been and that’s always the case when pre-history gets hijacked for modern ends.”

Inevitably, talk soon turns to Brexit and Trump. “I was writing West just post-Brexit,” says Davies. “And during that period where America where thinking, ‘oh, so nightmares can happen, but it won’t happen here’ and of course it did. So that was very much in my mind at the time, too. I was conscious that the people who voted Trump felt like today’s losers, but they came from the settlers who, in my book, have no sense of who they are displacing when they arrive.” 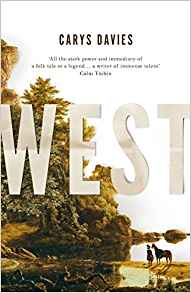 Moss had a residency at Hexham Book Festival and went back to Northumberland repeatedly over the course of a winter.

“It was at the time where Donald Trump was talking a lot about his wall and I was just in the shadow of Hadrian’s Wall. So, I was thinking about walls and boundaries and borders and, of course with the Brexit context as well, who’s in and who’s out, who are the foreigners, who are the barbarians, who’s civilised.”

But true to real life, the answer to these questions isn’t always clear cut. “As far as Sylvie knows, this [behaviour] is normal,” says Moss. “Children believe that their own normality is normal. They have to believe that or else they wouldn’t function.”

Shaw is interested in how Davies and Moss both chose adolescent girls as narrators. Whereas it wasn’t a conscious decision for Davies, Moss is intrigued by younger characters. “One of the discoveries of adolescence is that other people have other kinds of normality, she’s making that discovery in this book but hasn’t quite made it yet. It was also important that Sylvie’s father is not a monster, he does love Sylvie.”

The most relevant, and disturbing, observation has to go to Moss: “It’s rarely the case that abusive people just have monster written on their forehead.”