Fran Yeoman June 21, 2018 Arts, Theatre Comments Off on Review: The Big I Am, Everyman, Liverpool 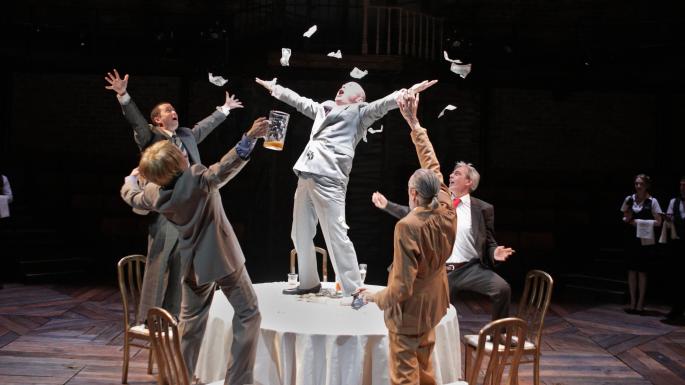 The Big I Am ends with an over-long musing about death and the non-existence of God. Which feels somehow wrong in a play that, for the most part, crackles with so much life. A slice of death was of course inevitable in this modern reworking of Ibsen’s cradle-to-grave epic, Peer Gynt, but after multiple courses of humour, sex, scandal and family psychodrama, a smaller portion of Grim Reaper would have left things feeling a little less bloated.

At almost three hours including interval, The Big I Am is a feast of a show, most of which is deliciously funny and well-observed. The young Gynt, played with verve by Nathan McMullen, swaggers into 1960s Liverpool with his polo neck and more than a hint of Lennon about him, declaring his uniqueness to his long-suffering, potty-mouthed Ma (the extremely likeable Keddy Sutton) and whoever else will listen. Anyone who has been a teenage girl will recognise his insufferable cockiness – “This is our time, we are the new gods” – that is somehow attractive, and yet shelters a brittle ego that shatters at the slightest hint of rejection. 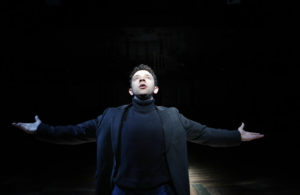 After lustily sabotaging another man’s wedding night, Gynt sets off into the world with a gap year student’s determination to ‘find himself’ and an equally teenage propensity to leave his fretful parent without so much as a phone call. He continues to hunt for his self, and yet simultaneously hide from it via drink, drugs, money and chameleon-like changes in persona, until, at the end of act three, Richard Bremner’s elderly Gynt realises far too late that it is other people who could have made him whole.

The Big I Am is the 2018 Everyman Company’s final production, and is infused with a joyous, end-of-term team spirit that’s accentuated by a playlist featuring Fatboy Slim and Tom Jones as well as Greig. Molly Lacey Davies and Jocelyn Meall’s inventive design is equally energetic, with wheel-mounted sets and props raced onto stage or pulled on bicycles by the cast. The big ensemble scenes involving incense-waving hippies and US televangelists are unsubtle, as is the 1980s yuppy sequence involving Liam Tobin as the middle-aged Gynt, and will undoubtedly attract some sniffiness from more high-minded Ibsen fans. But they are laugh-out-loud funny and well played by an engaging group of versatile actors; an achievement as valid as theatrical purism. This is smart, popular theatre; a great night out that has something to say. Exactly as it hoped to be, and a fitting end to a great season.

The Big I am runs until July 14, 2018; www.everymanplayhouse.com