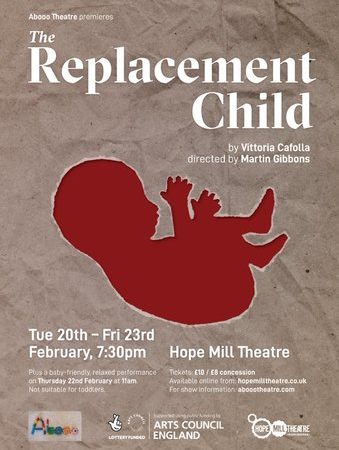 Visceral yet moving, The Replacement Child is a production that – literally in certain places – screams authenticity.

The production takes the audience on an emotional rollercoaster through the heartbreak of child loss and the emotional turmoil that ensues for all when the possibility of having a so-called ‘replacement child’ becomes a real prospect.

As more of an all-singing, all-dancing Broadway smash-hit musical lover, I was a little apprehensive about seeing my first small, independently produced and written theatre production that promised ‘dark humour’ and a ‘compelling look at grief’.

While it wasn’t my usual theatrical experience, where tap shoes, oompah-pahs and all that jazz reign supreme and I leave the auditorium swinging my umbrella around every available lamp post, Hope Mill Theatre in Manchester has staged a play that shatters the rose-tinted glasses with which parenthood is so often looked upon. Instead, it showcases the trauma which follows the breaking of a picture-perfect happy family portrait.

With a cast of four, The Replacement Child tells the story of Oscar and Jude, a couple who after losing their first-born daughter to Sudden Infant Death Syndrome, almost immediately – if unintentionally (certainly on Oscar’s part) – conceive a replacement daughter. Viewed primarily through Oscar’s flashbacks as he recounts the story to his now 18-year-old daughter Grace, the audience discovers its role as a secondary audience, a stylistic technique serving to heighten the already close, intimate feel of the play. 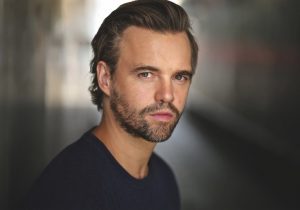 Showcasing the dramatic possibilities that come with a split-stage mise-en-scene, director Martin Gibbons certainly got it right when he commented that it “confronts the audience head on” and “shows the audience how the past plays such a key part in the present in [writer] Vittoria’s production”. With the actors moving from a delivery room 18 years ago to their sitting room to the present kitchen table, we are forced to maintain our focus.

The Replacement Child demonstrates the high calibre acting talent found in British theatre. Giving a frighteningly real portrayal of an unstable, erratic first-time mother subsequently plagued by grief, Clare Cameron’s performance as Jude is offset perfectly by Rupert Hill’s moving, sympathetic depiction of Oscar, a young man whose longed-for desire to become the father he never had is cruelly snatched away and who, ever since, has felt lost and unable to connect to his wife and ‘replacement’ daughter.

While primarily compelled by the play’s emotional rawness and honesty, we are also made to smile, perhaps even laugh ever so slightly, by the ability of a clearly hugely talented writer to nod to the comic in various real life situations – whether by the sarcasm evident in both Cameron and Hill’s sense of humour, or the persistent joviality and normalcy, in respect of the rest of the cast, of midwife Carol (played to perfection by Julia Haworth). 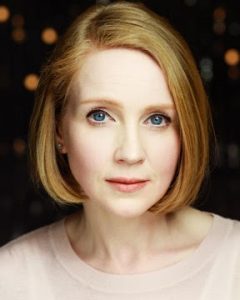 One can’t help but be drawn in by the intimacy of Hope Mill Theatre. Branded as a ‘creative factory’, it seems more of the latter than the former judging by its red brick exterior. Yet, as is often the case in the world of theatre, all is not as it seems. Venturing inside we are greeted by the comforting ripple of chatter among the arty, creative types the venue attracts, each with their drink of choice offered in the Engine Room Bar and Café, the place illuminated by soft lighting as couples, friends, theatre groups and the like await the curtain call. Full of the little touches that make an evening special and memorable, from the invitation to ‘grab a blanket’ in case it gets a tad chilly in the auditorium to the mismatched furniture adorning the bar area, Hope Mill is a perfect example of how often a little can go a long way.

An overall triumph for Abooo Theatre and all those involved, I would urge you to get down to Hope Mill and see The Replacement Child before it ends its short but ever so sweet run.