Feeling a little sluggish after too much time in front of the telly box or one too many mince pies? Have no fear. The Northern Soul End of Year Quiz is back and ready to get the cogs turning again. Is your Northern knowledge is up to scratch? How much can you recall about 2017? No prizes, just a lovely feeling of smugness when you get them all right (answers are at the bottom…).

1. Which York visitor attraction re-opened this year some 16 months after devastating floods?
2. Which Northern football team is up for sale? (much to the relief of its fans)
3. What town near Manchester gave its name to a famous literary detective? 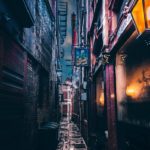 4. Which author of a novel set in pre-war Berlin was brought up near Stockport?
5. Where is the Brontë Parsonage Museum? (bonus point if you know what the Brontë family’s original surname was – the father Patrick changed it)
6. Which Northerner became the new Doctor Who earlier this month? (and for a bonus point, where are they from?)
7. Who won this year’s Man Booker Prize?
8. Which much-loved Northern Quarter bar reopened its doors in October?
9. What is a ginnel?
10. Which city was Britain’s City of Culture for 2017?
11. What prestigious title was recently awarded to Manchester? 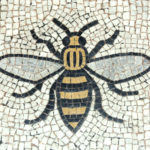 12. The new £1 coin was released in 2017. How many sides does it have?
13. Who is the new ‘face’ of the £10 note?
14. Who is the Minister for the Northern Powerhouse?
15. Which Manchester MP put his name to a document that ultimately created the State of Israel?
16. What well-known jazz and blues singer and songwriter comes from Stockport?
17. Which pop artist was the subject of a major exhibition at Tate Liverpool this year?
18. Which ex-member of The Fall wrote a book about the history of Manchester music this year?
19. Which famous Geordie is bringing his musical, The Last Ship, to Northern England in 2018?
20. What Russian chemistry lecturer at Manchester University invented a process that saved the British munitions industry in 1916 (and later became President of Israel)? 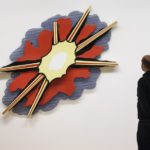 21. Which Northern town is home to the Clarets?
22. Which Northern theatre started its own repertory company in 2017?
23. Where are the headquarters for Opera North?
24. Who became MP for Bury North in 2017, ousting the sitting Conservative MP?
25. Where will the Great Exhibition of the North take place in 2018? 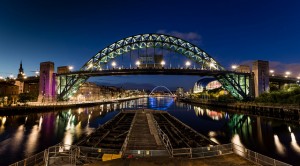