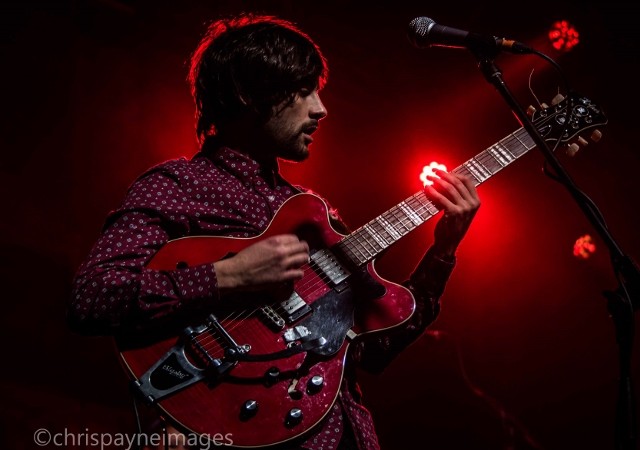 Where did the year go? Was it good for you?

With not long til the dawn of 2015, we share our top gigs, festivals, theatre, films, albums and tele from 2014. Maybe some of these are in your top ten. Let us know your favourite events by using our comment thread at the bottom of the page, via our twitter feed or on our Facebook page.

Happy New Year everyone and see you on t’other side!

As far as quality, original drama is concerned, this has been a bumper year for the UK – and many of the most admired shows have been written by Northerners, acted by Northerners, directed by Northerners, and filmed in the North. Back in May there was cat-and-mouse crime thriller Prey (starring Nelson lad John Simm, written by Chris Lunt from Burnley, and filmed in Manchester); more recently the BBC screened Remember Me (filmed in Scarborough and Huddersfield, written by Yorkshire-based Gwyneth Hughes). A highlight from early summer was From There To Here (a story using the 1996 Manchester bomb as its starting point and filmed in the city; written by Stockport-born Peter Bowker). And I haven’t even mentioned Huddersfield-born writer Sally Wainwright yet. 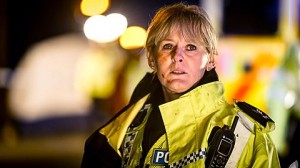 An entry on Wikipedia describes Wainwright thus: “She owns a cat and is a feminist.” This just makes me like her even more. Wainwright cut her teeth on soap operas but it was Last Tango in Halifax (filmed in Lancashire and Yorkshire) that really put her on the ‘serious tele’ map. Then, then, she wrote Happy Valley.

My god. So titled because Happy Valley is what local police in Calderdale call the area because of its drugs problem, this series made The Missing seem like light drama. Starring the incomparable Sarah Lancashire in the role of a lifetime, Happy Valley contained some of the most disturbing scenes I’ve ever witnessed on TV.

Months later, I am still in awe of James Norton. As a pitiless, monstrous ex-convict in Happy Valley, it was extraordinary, some months later, watching the same actor play a (fairly) benign vicar in ITV’s Grantchester. Happy Valley’s locations included Mytholmroyd, Todmorden, Bradford, Sowerby Bridge and Hebden Bridge, and it is testament to Wainwright’s talent that there is no easy comparison between the so-called ‘dark Satanic mills’ of the North and the bleak story of a woman coming to terms with the rape and death of her daughter. 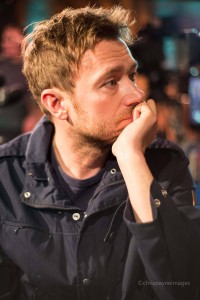 2014 kicked off spectacularly with the inaugural BBC 6Music festival. Held at Manchester’s Victoria Warehouse, it was a showcase of some of the finest music around today, with performances from The National, Damon Albarn, Haim, Jake Bugg, Bombay Bicycle Club, Kelis, Midlake and a whole load more. As well as the actual gig photography, I was able to take portraits of Albarn, Tim Burgess, Mike Joyce, Alan McGee, John Cooper Clarke, Kelis, The Horrors, Don Letts – a magical weekend.

Best bit of theatre I saw was Around the World in 80 Days at the Royal Exchange in Manchester. Breathlessly inventive, energetic and funny – an absolute hoot. Tim Booth and the rest of James were on top form as they came home and stormed Castlefield Bowl – and Prince at Manchester Arena was simply unforgettable. The guy is a force of nature. Also, special mention must go to Everything Everything and their Chaos to Order curation as part of Libraries Live at the city’s Central Library. Eclectic, thought-provoking and moving.

The omission of Richard Thompson’s Acoustic Classics album from most ‘Best Of…’ lists is only explicable if Thompson had fallen victim to the ‘just another brilliant album by…’ syndrome. Also, I’m a pathetically late adopter but I’ve recently become obsessed with The War On Drugs‘ woozily brilliant Lost In The Dream while Robert Plant’s Lullaby…and the Ceaseless Roar is an extraordinary lesson in how not to allow yourself to be defined by your own past.

Speaking of which, Rosanne Cash & John Leventhal’s intimate show at The Brudenell in Leeds may well have been my gig of the year, although hotly contested by the Homegrown festival at Bury Met, especially The Melrose Quartet and Josienne Clark and Ben Walker, as well as the splendidly iconoclastic Jack White at Leeds Arena.

My film of the year was the deliciously acerbic, borderline bonkers Birdman or (The Unexpected Virtue of Ignorance) even though, strictly speaking, it’s not released until January 1, 2015. If that’s not allowed then it has to be the quietly enthralling and again mysteriously-overlooked Dennis Lehane adaptation The Drop.

Theatrically, it’s been a good year for the Bard-man. Both the Maxine Peake/Sarah Frankcom gender-blind cast Hamlet at Manchester’s Royal Exchange and Walter Meierjohann’s site-specific take on Romeo And Juliet for HOME at Victoria Baths did sell-out business, but I’d go for the latter as the theatrical event of the year. Let’s hope it’s a portent of what’s in store at the First Street venue.

Gig of the year is a difficult one. The huge arena amazingness of Prince in the summer is up there, a megastar not afraid to play all the old crowd pleasers – I was transported back to school days singing along to When Doves Cry. But I also want to give a shout out to the mighty Lamb at Manchester’s Albert Hall, two hours of haunting melodies and electronica that could not be beaten, although Goldfrapp at The Lowry came very close. 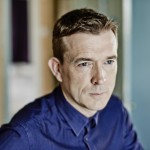 The Manchester Literature Festival was a winner for me this year. I was lucky enough to see three of my idols – Audrey Niffenegger, Will Self and David Mitchell. All very different authors but all inspiring.

Club night of the year was the sad farewell to Tangled in September, they definitely went out in style at Manchester’s Sound Control.

The opening of Liverpool’s Stirling-Prize-winning Everyman Theatre sent the city’s spirits soaring; no one who joined the parade of thousands that welcomed back the building will forget the emotional wave that broke over Hope Street that night. 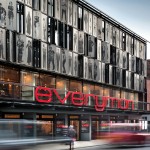 Inside the new building, two productions stand out: the world premiere of Dead Dog in a Suitcase – unhinged Brechtian psychedelia produced in collaboration with Kneehigh – and Jeff Young’s Bright Phoenix, a bejewelled dream-drama about Liverpool beloved and betrayed.

Beyond the Everyman, Daisy Campbell’s crowd-funded production of Robert Anton Wilson’s Cosmic Trigger at Camp & Furnace connected so many discordian strands that Liverpool’s ley-lines are still pulsing. This was one of the biggest theatrical adventures of the year, but so far off the radar that those not in the know can be excused for not noticing the blip.

For live music, the Liverpool International Festival of Psychedelia, also at Camp & Furnace, delivered a year’s worth of sonic delirium in just a weekend. My three festival picks were Portugal’s Jibóia, Italy’s Satelliti and London’s Teeth of the Sea, but with art, films and talks as well as music, it was the entire mind-expanding experience that impressed.

Oh, and in the Massive Marauding Marionettes category, Liverpool’s Memories of August 1914 event – with the triumphant return of the Royal de Luxe giants – has already entered the realm of ‘Did that really happen?’. For three days, it was like living in a fairytale. And with a million people on the streets, the notion of getting to work on time proved to be pure fantasy too.

One of the highlights of the Everyman Playhouse spring 2014 season, Arthur Miller’s classic A View from the Bridge brings Greek tragedy to 1950s Red Hook, a slum on the seaward side of Brooklyn Bridge. Under Charlotte Gwinner’s tight direction, the troubles of a close knit Italian American family in the New York docklands were brought home to an appreciative Liverpool audience. 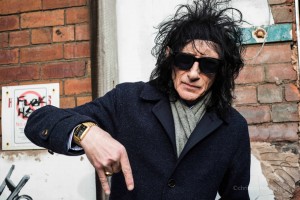 Highlight of the year? The one and only, indefatigable Ken Dodd, Squire of Knotty Ash, playing on his home ground at the Liverpool Philharmonic. A truly world historical comedian, Ken Dodd is the last link to the great Northern Music Hall tradition. The pure joy and laughter of the audience lights up the space. If you’re lucky there may still be some tickets left for the 2014 show. I got mine in August!

God bless Wes Anderson. Those who have written him off as a one-note wonder are missing out. Yes, The Grand Budapest Hotel served up many of the same flourishes, obsessions – hell, even most of the same cast – as his previous films, but in doing so it whipped up an irresistibly funny out-and-out comedy. Once seen, you’ll never forget Ralph Fiennes fleeing justice on a runaway sledge.

(An honorary mention here, though, for The Lego Movie. Yes, it’s awesome.)

I’d always been resistant to to the comic charms of Stewart Lee. But not any more I’m not. Since I gave Stewart Lee Comedy Vehicle Series 3 a chance, I’ve not been able to think about UKIP’s Paul Nuttall or the Northumberland town of Shilbottle in quite the same way. He’s doing exactly what good comedians ought to do: making you laugh and making you think.

(An honorary mention here, though, for Peter Capaldi‘s first series of Doctor Who. The stories themselves were a bit of a mixed bag, but there were plenty of highlights and the man himself didn’t disappoint.)

The Dum Dum Girls‘ album Too True remains my favourite of the year, and their Manchester Roadhouse show was terrific. The fact that they’re not better loved in this country continues to be baffling. But the news they’re supporting Belle and Sebastian on their UK tour next year made a highly anticipated show even more appealing.

(Honorary mention for post-punk hero Vic Godard, whose recent show at Dulcimer in Chorlton was pretty blistering, too.) 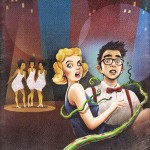 It’s been an excellent year for Manchester’s Royal Exchange. To top it all off, their festive production of Little Shop of Horrors runs until the end of January and is recommended to anyone who appreciates skill, artistry, great songs or fun.

(Honorary mention for the same theatre’s Summer family show, Around the World in Eighty Days, which was a masterclass in live narrative thrills for all ages.)