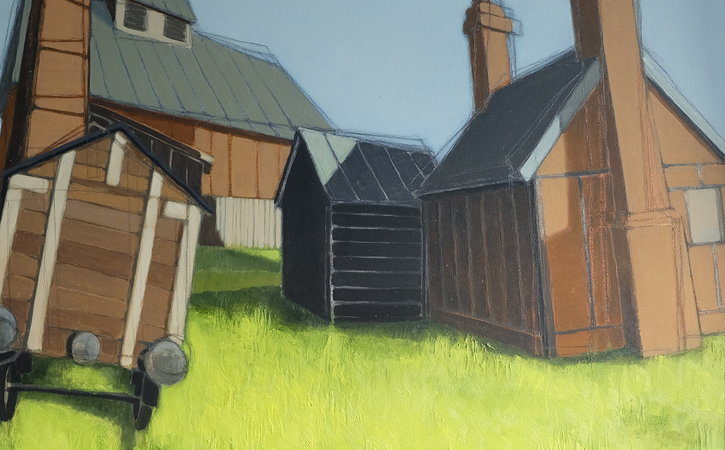 A new industrial landscape exhibition by Richard Edmunds, Brine, Steam and Rust, is due to open at Northwich’s Lion Salt Works Museum on February 22, 2020.

The exhibition comprises 14 beautiful oil paintings by artist Richard Edmunds who is a former resident of the town. Edmunds works include a series of pictures of the Lion Salt Works Museum before its £10 million restoration as well as Winnington Works and Wallerscote Works.

The exhibition is included in the museum’s normal admission charges, but visitors should ask at the museum’s reception if they wish to see the exhibition only. For more information go to westcheshiremuseums.co.uk.

Ah, one of Northern Soul's favourite places...Staithes in Yorkshire. Hoping to be back there before too long. pic.twitter.com/kTGA6as20S

Got time on your hands? Why not build a bee hotel? Our Gardening Correspondent @ClaireFleetndle shows you how. northernsoul.me.uk/growing-up… #bees pic.twitter.com/Fash2u7OzH