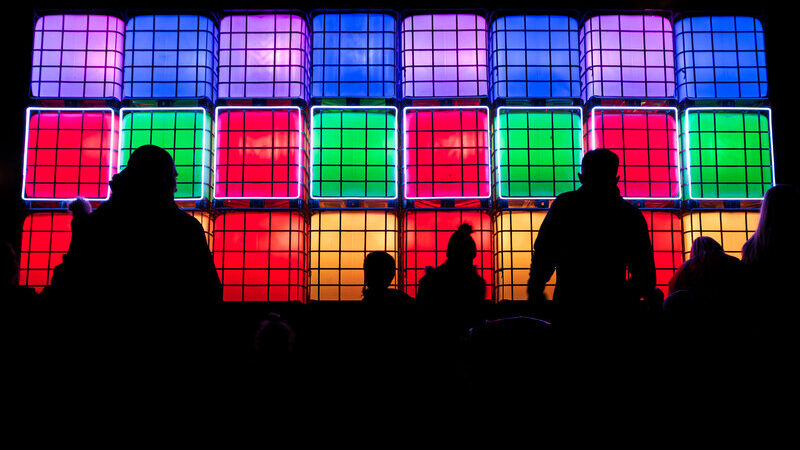 Knowsley is kicking off its year as the Liverpool City Region Borough of Culture with New Dawn, a spectacular programme of light installations.

The first major moment of light, Aqualux, will be in Newtown Gardens for two weeks from January 14 to 28, 2022. Aqualux is an eight-metre by three-metre-wide light installation that consists of 48 containers, which can hold up to 1,000 litres of water (equal to the average water consumption of one person at home each year).

Coming to life after dark, the illuminated artwork will be accompanied by music to create a memorable experience while also raising awareness of the need to conserve and protect our fragile water supplies. Aqualux was part of Blackpool’s Lightpool Festival, which took place in October 2021 and attracted thousands of visitors. As part of Knowsley’s New Dawn programme, Aqualux will be complemented by additional light installations across the borough.

The programme will come to a climax over two consecutive evenings in February. In two showings per evening, Knowsley Hall will be illuminated in a series of dramatic projections recreating a vision of a pop-up story book. The event will be delivered by video projection artist’s Illuminos and accompanied by an atmospheric soundtrack from composer Patrick Dineen.

Aqualux will be illuminated between 4pm and 9pm. The experience will run on a loop for 20 minutes with a short break in between, meaning visitors can arrive at any time after 4pm to experience the attraction. There is no need to book tickets and it is free to the public. Numbers are limited for The New Dawn Spectacular, so anyone interested in attending should register to be part of a ballot to receive ‘golden tickets’. Details can be found here.