In Northern Soul‘s final article of its inaugural year, we share our top gigs, events and happenings from 2013.  Maybe some of these are in your box of favourites. Let us know via our twitter feed or our Facebook page.

There was LOTS of love for Edwyn Collins in 2013, so much so that Northern Soul has named him Man of the Year.

Happy new year everyone and see you on t’other side!

Gig of the year? ZZ Top at the Manchester Apollo. C’mon, what’s not to like? Beards ‘n’ blues but with a real artistic sensibility that makes some of the Manchester International Festival stuff look like mere posturing…With the undoubted exception, though, of their muddy and bloody Macbeth. Kenneth Branagh was absolutely terrific, of course, and so was Alex Kingston but I actually thought Ray Fearon’s Macduff was better than either of them.

Pretentiously enough, both my favourite film (The Coen Brothers’ Inside Llewyn Davis) and album (Rosanne Cash‘s The River & The Thread) are not officially released until January. So I’d highly recommend Alexander Payne’s black and white but absolutely glowing film Nebraska and yet another great album from Martin Simpson, Vagrant Stanzas.

Blue Is The Warmest Colour: this epic three hour mediation on young love between two women women just pipped James Gandolfini’s last film Enough Said to the post. Ironically, the controversial love scenes were the most boring bit of a beautifully-paced and incredibly moving movie that was so French.

Edwyn Collins at The Trades Club in Hebden Bridge: one of our great lost pop stars turned into a life-affirming set packed full of pop classics and wit in Yorkshire’s best little club. All that despite battling the after effects of a near fatal cerebral haemorrhage with a grace that should be a lesson for all young pop wannabes.

Sweeney Todd: West Yorkshire Playhouse continued its recent revival as artistic director James Brining took on Sondheim’s classic. A cast with few weak links breathed new life in an amoral work that is a parable for the troubled times we live in.

John Cooper Clarke reading Pity the Plight of Young Fellows on the live stream at Cornerhouse was a highlight for me. And I am not tired of Martin Garrix’s Animals yet. These two things tie into my concerns for the younglings that has taken up most of this year for me; how those who will be wiping our arses one day are currently out of work, in debt or both and were promised the earth by parents and teachers. And how they are all going out and raving, hopeful and unstoppable and having a brilliant time. Makes me cry!

Also the exciting credits to Apha Papa (with the song Cuddly Toy). Such a great film.

Ejecta – Afraid of the Dark: Ejecta are a new band hailing from New York and this is the second single from their album Dominae. It’s a collaboration between singer-songwriter Leanne Macomber (Fight Bite, Neon Indian) and synth pop creative Joel Ford (Tigercity, Airbird, Ford & Lopatin). I love the song’s sparse, atmospheric opening which provides the perfect backdrop for Leanne’s gentle vocals, and the way it builds up into this infectious, 80s dance track. On top of that, it’s brilliantly produced.

Emily Barker and the Red Clay Halo – In the Winter I Returned: Emily Barker and the Red Clay Halo are an Anglo-Australian band who’ve recorded four albums since 2007. In this track, taken from their latest album Dear River, Barker compares the wistful imagery of the English winter to her native Western Australia as a means of defining her relationship with both. Essentially, it’s a song about home. This song has everything a classic folk song should have: melody, crisp acoustic guitar, poetic lyrics, complemented by delicate vocals. Overall, it’s beautiful.

Chris T-T & The Hoodrats – The Bear: This is a single from Brighton-based Chris T-T & The Hoodrats‘ new album, The Bear. Chris T-T is a little hard to define and that’s part of his appeal. His songs are acutely observational, mini-commentaries on modern life, often sentimental or political in nature. Chris is a highly accomplished musician who employs a range of styles from folk to punk. This is a good example of the latter. I like its energy – it’s the musical equivalent of a bad mood. 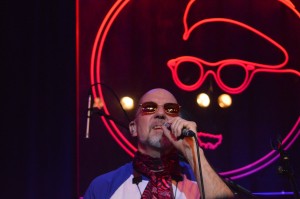 The Magic Band playing Band on the Wall in March: This was an amazing gig at a great Manchester venue by the legendary Magic Band, of Captain Beefheart fame. The band, whose songs are a unique blend of jazz, blues and art rock, are most famous for their 1969 Frank Zappa-produced album Trout Mask Replica, admired by The Beatles and others. Not many bands can persist in the absence of a charismatic lead singer like Beefheart, but The Magic Band have been doing just that for over a decade now. They’re incredibly talented musicians who performed their back catalogue with energy, enthusiasm and finesse. Drummer John French was more than equal to the task of frontman, and they brought the house down. A memorable night.

Emily Barker & The Red Clay Halo playing St. Philip’s Church, Salford in November: Emily Barker and the Red Clay Halo played to a quietly appreciative audience at St. Philip’s Church in Salford in early November. Their melodic folk melodies and gorgeous harmonies added a heartwarming glow to a cold November night. Things really hotted up, however, when they played the rip-roaring Fields of June toward the end, which they recorded with Frank Turner last year. Lovely melodies played by talented musicians. A great night.

Robert’s George’s photography exhibition Athelstan’s Dream at Common: Robert George is a young Mancunian photographer who takes photographs of ordinary people in the urban landscape. His exhibition at Common in September this year was memorable for a couple of reasons. Firstly, it effectively portrayed an unconscious weariness and anxiety shared by the citizens of multicultural Britain in a way that seemed like a binding force. Secondly, from a technical viewpoint, it was great to see a set of photographs almost devoid of post-processing that didn’t rely on contrast or black and white for drama. Of all the exhibitions I’ve visited this year, this was the most memorable.

L’Elisir D’amore, RNCMFor the romance and the sheer professionalism of this student production.

The Mikado, Opera della Luna at The Lowry.
The energy and exuberance of this performance was exhilarating. 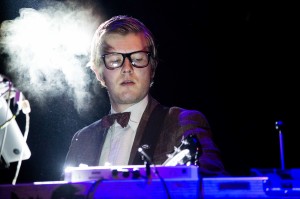 PSB at the Ramsbottom Festival: a spectacular stage show.

Interviewing Clint Boon for the inaugural podcast: one of the nicest people I’ve ever interviewed.

The Manchester German Christmas Market: very festive and a lot of fun.

Serafina Steer: Her song Disco Compilation would certainly be my song of 2013: her gig at the Soup Kitchen back in April was pretty special too. And come to think of it I’d be hard pressed to come up with an album I’ve liked more this year than Serafina’s The Moths Are Real. I’m genuinely excited to hear what she does next.

Jack and the Beanstalk at Harrogate Theatre: The year began in early January, as is traditional. But this sheer joy of this show has stayed with me all year, with no sign of fading yet. I’d heard what a fine job Harrogate do of staging proper pantomimes – that is, without an soap star or an X-Factor runner-up in sight. But I wasn’t quite expecting to have one of my best-ever theatre experiences there. It was precision-tooled to entertain, and I wasn’t disappointed. As a direct consequence of this, members of my family are still in the habit of calling ‘Hellooo-eee!’ when they come into the house.

Edwyn Collins at Green Man Festival: Green Man is a treat in itself – especially if the weather’s as fine as it was this Summer. But seeing Edwyn perform on the Mountain Stage has converted me from being someone with a passing interest in his work to being mildly obsessed. His personal story, or recovering from a major stroke, is humbling in itself. But it shouldn’t overshadow what a fine songwriter he is. The man’s a hero.<

War Horse at The Lowry

Manchester Literature Festival (in particular the walk I did, The Manchester Man)

Just So Festival, Rode Hall, Cheshire: this family friendly festival in the middle of Cheshire has everything – enchanted forests, storytelling, street theatre, acrobats, pillow fights, live bands (Perhaps Contraption get a special mention here) and a wild rumpus at the end. Just magical. 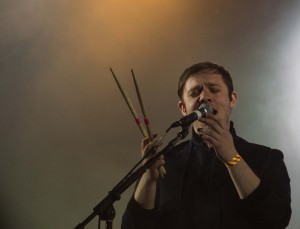 Parklife Festival, Heaton Park: despite feeling like a pensioner for most of the weekend (average age was about half of mine), this packed festival did two things; introduced me to the incredible Everything Everything and enabled me to hear Johnny Marr playing both Bigmouth Strikes Again and There Is A Light That Never Goes Out. Sublime.

The Destroyers, Band on the Wall: I’ve been to a load of good stuff at BOTW this year, but The Destroyers just blew me away. A Eastern Europe-influenced folk-fusion orchestra with fiddles, brass, banjos and accordians, they need to be seen to be believed.

Tantz (Matt and Phreds, Manchester): crazy jewish wedding music. Infectious to the point of an epidemic. I’ve not danced so much in years.

The House of Love (Sound Control, Manchester): somehow managed to classic and current at the same time, somehow still making a great atmosphere on the night that United played City.